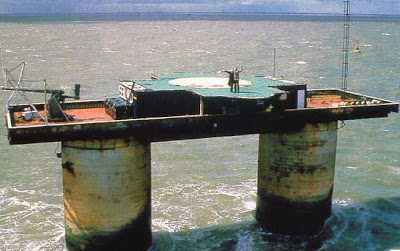 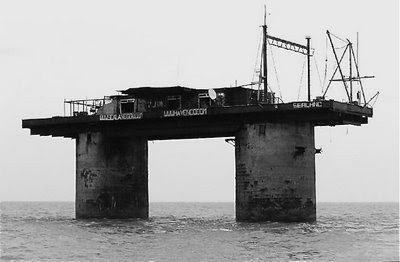 Whoa. Creed O'Hanlon of the Ethnic Catamaran Co. sent me a heads up on a possible new development in the evolution of seasteading and it's two (at least) divergent paths. Google has filed a patent application for databarges, to house the immense supercomputers needed to run its global search engines. Apparently there are huge energy costs associated with cooling these things, and the idea is to harness wave energy for electricity and use seawater for cooling. They would set up as far as 7 miles out to sea. Not mentioned by google is the fact that at sea they would be effectively "offshore" with all the implications of that status. Theoretically they could become a sovereign nation. What are the tax implications, and what about privacy law? Of course this is very difficult to achieve and has been tried in the past many times, almost always failing. Almost always. Then there is "Sealand" . Or is there ? Refer to Creed's recent four part discussion at his blog A Tiki in Thailand. I also recommend reading the comment left there by Michael Schacht of Proafile. My title links to the original Times article. And there's much more here... Any thoughts?

Posted by Thomas Armstrong at 1:05 PM

Email ThisBlogThis!Share to TwitterShare to FacebookShare to Pinterest
Labels: Seasteading