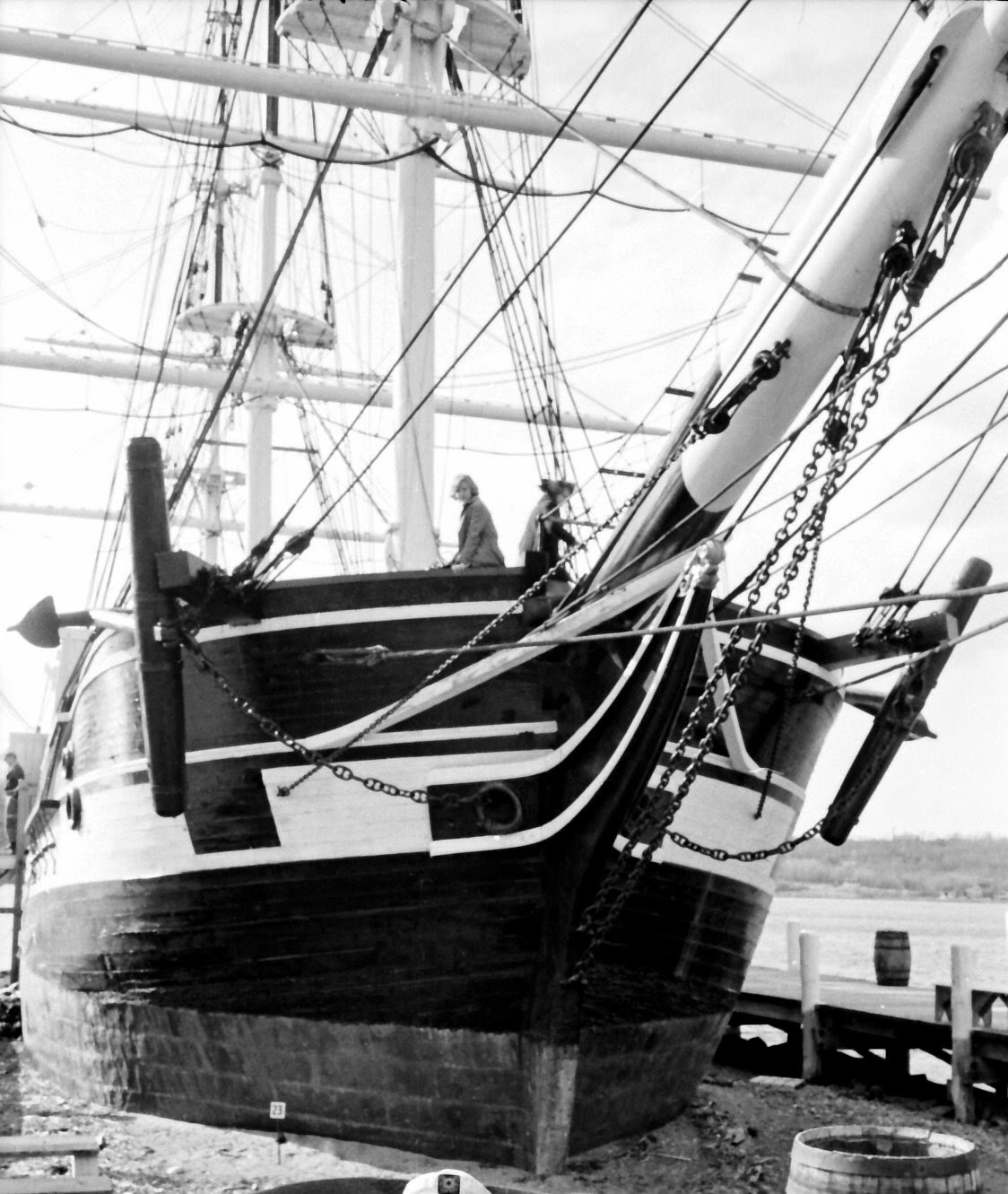 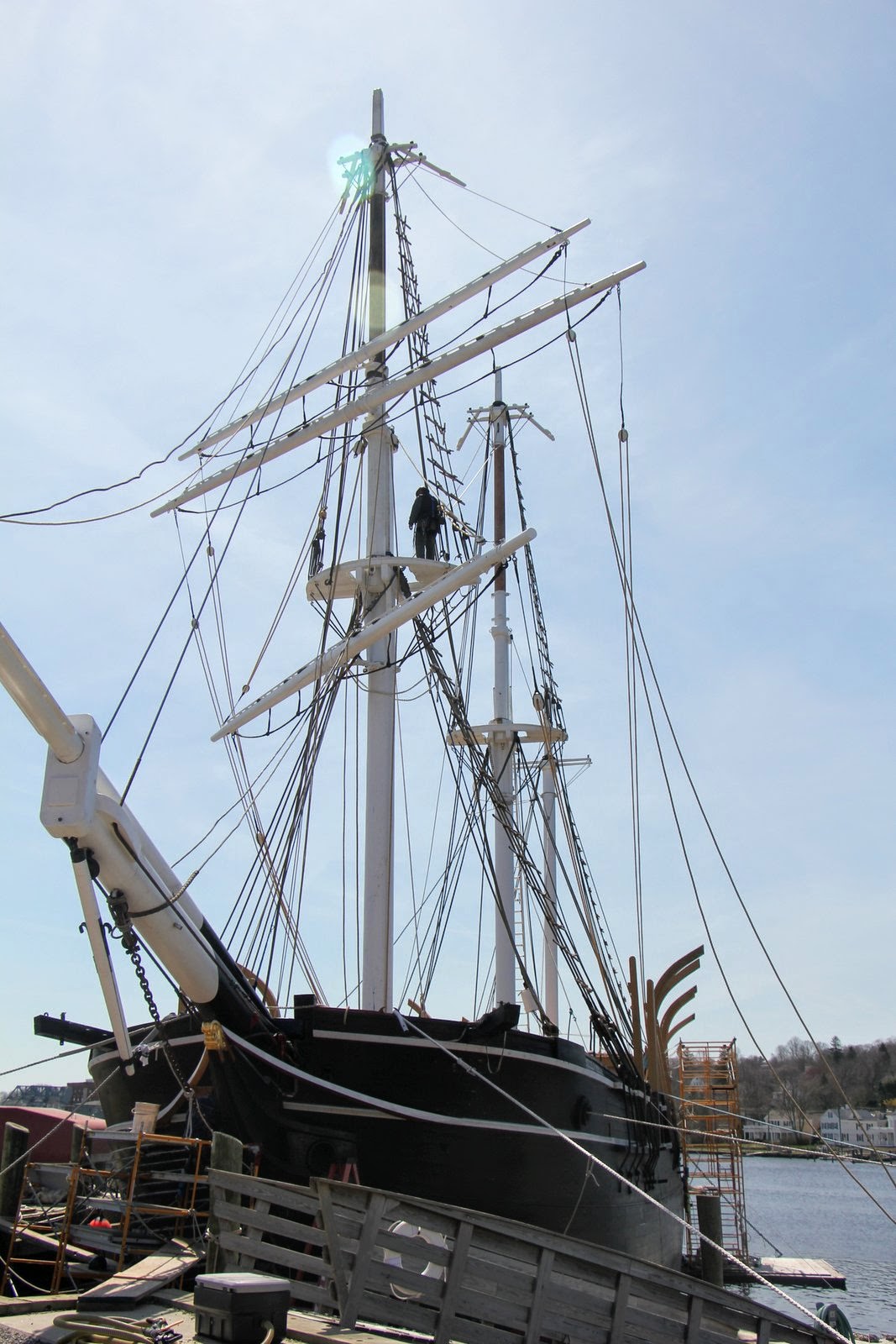 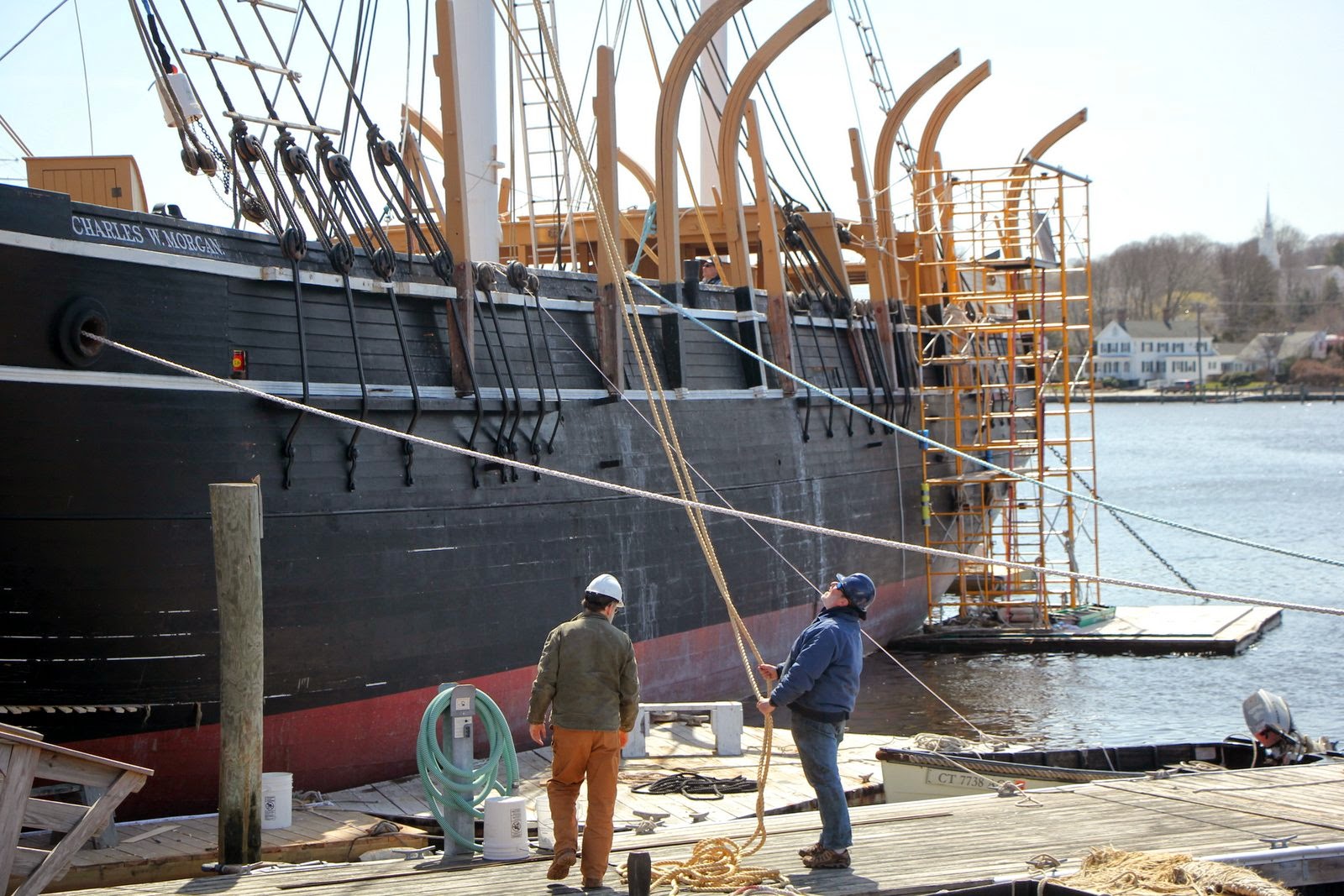 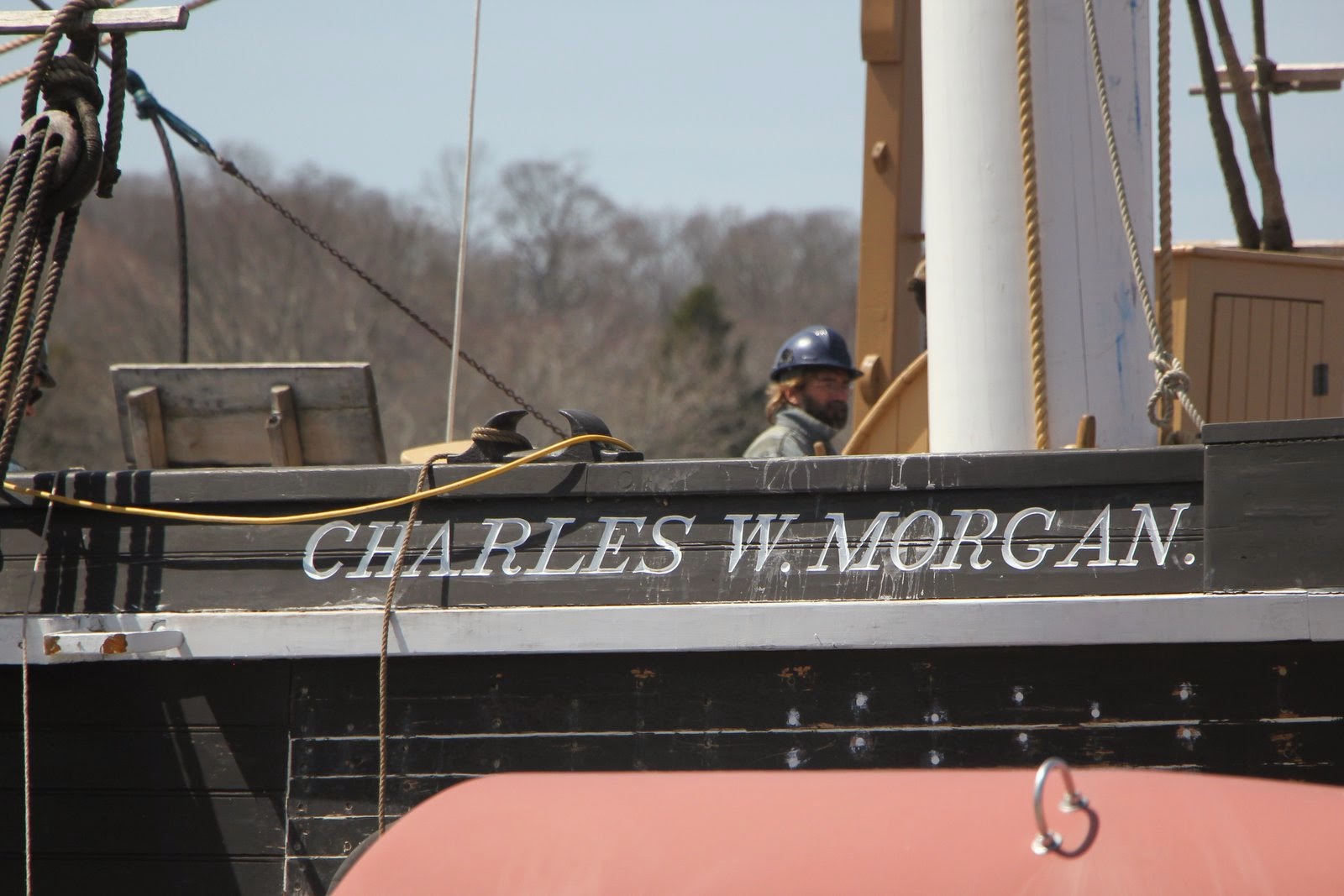 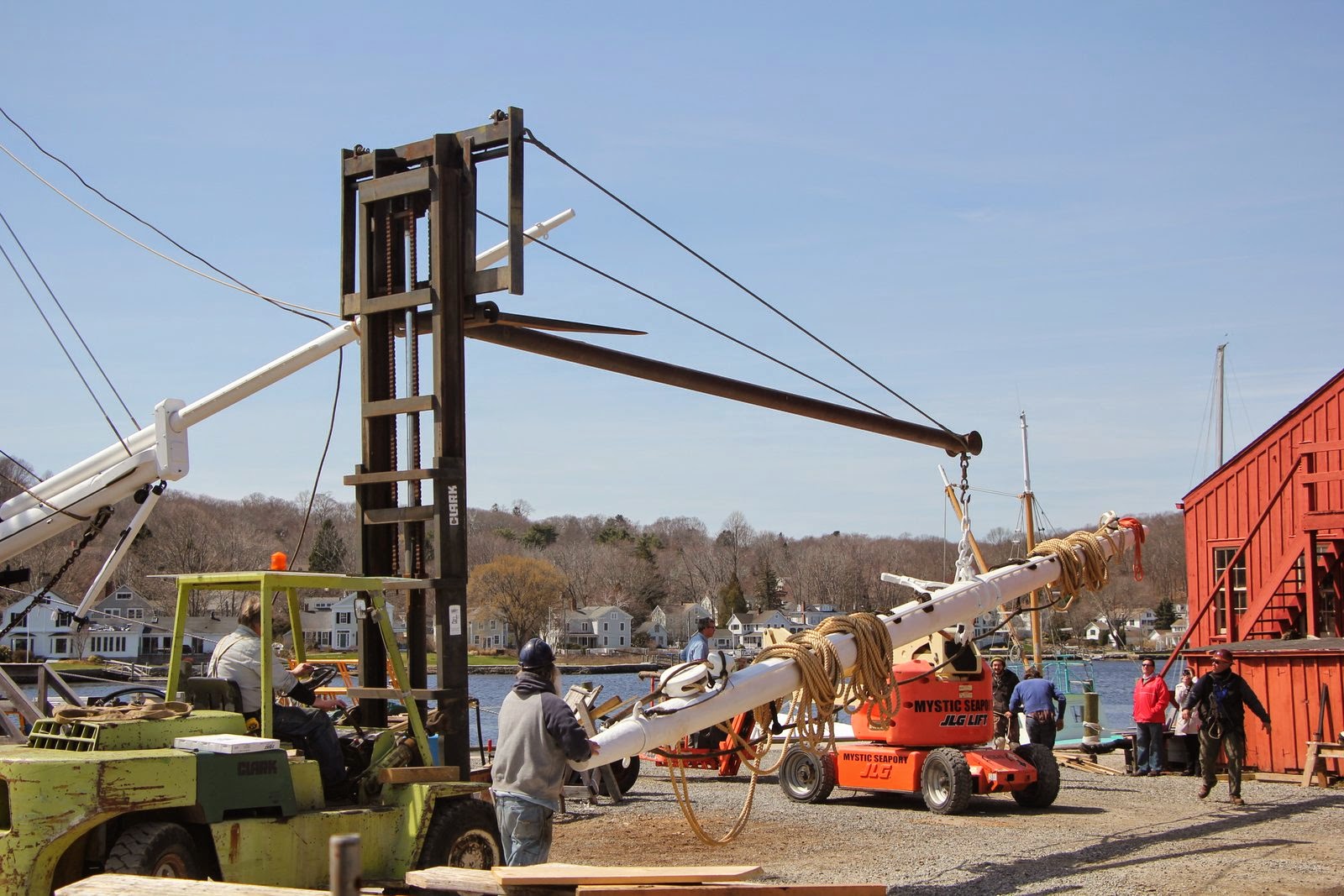 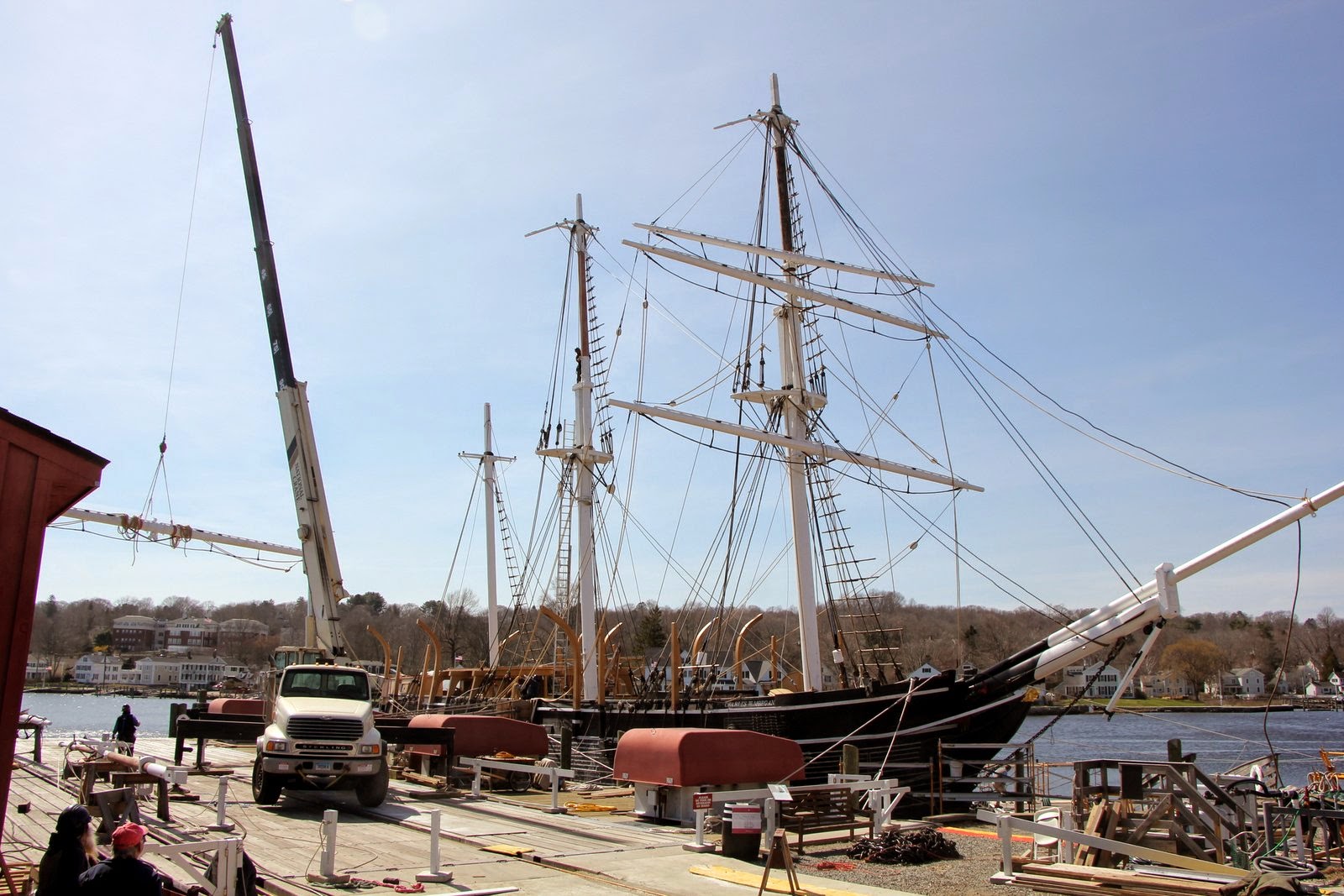 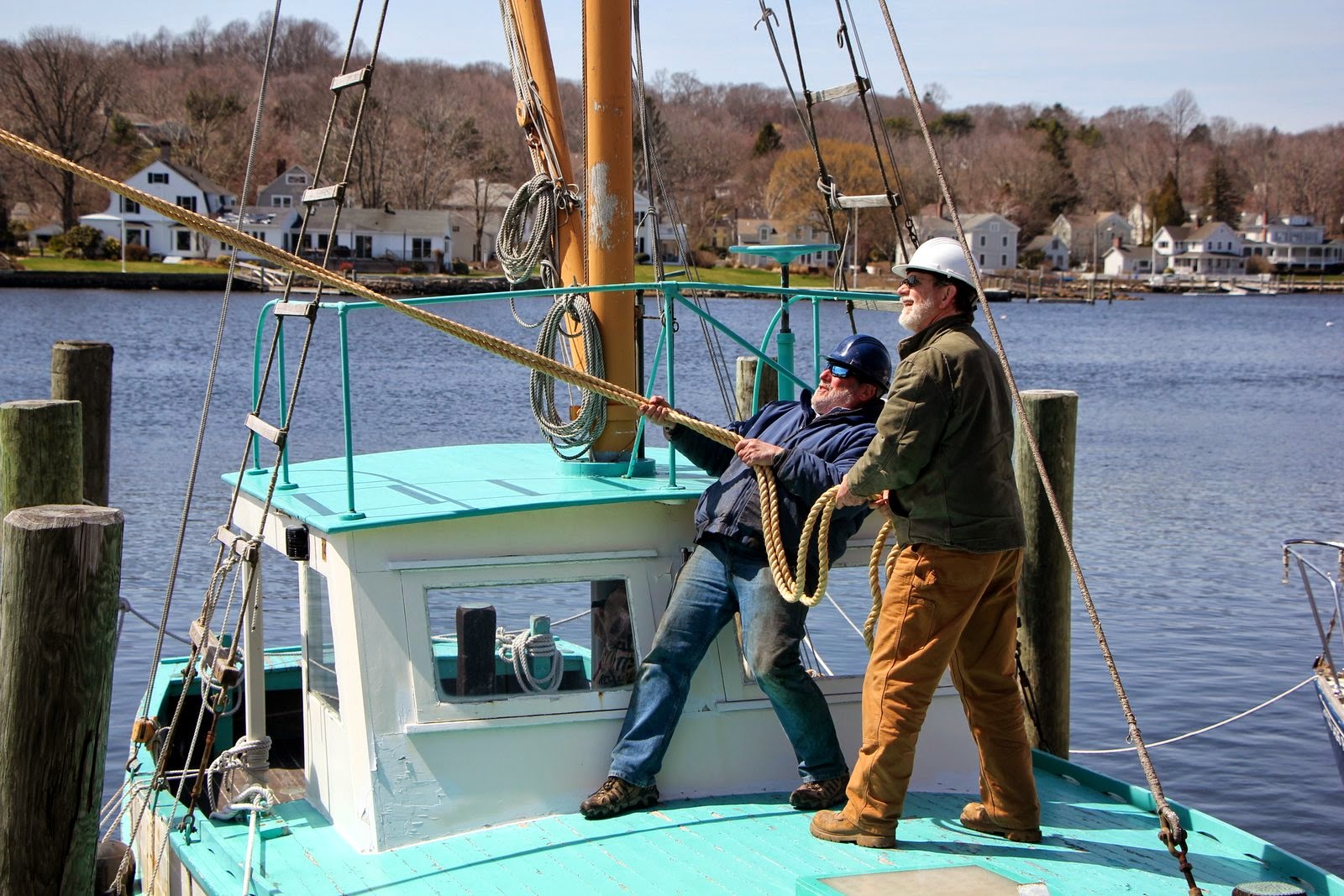 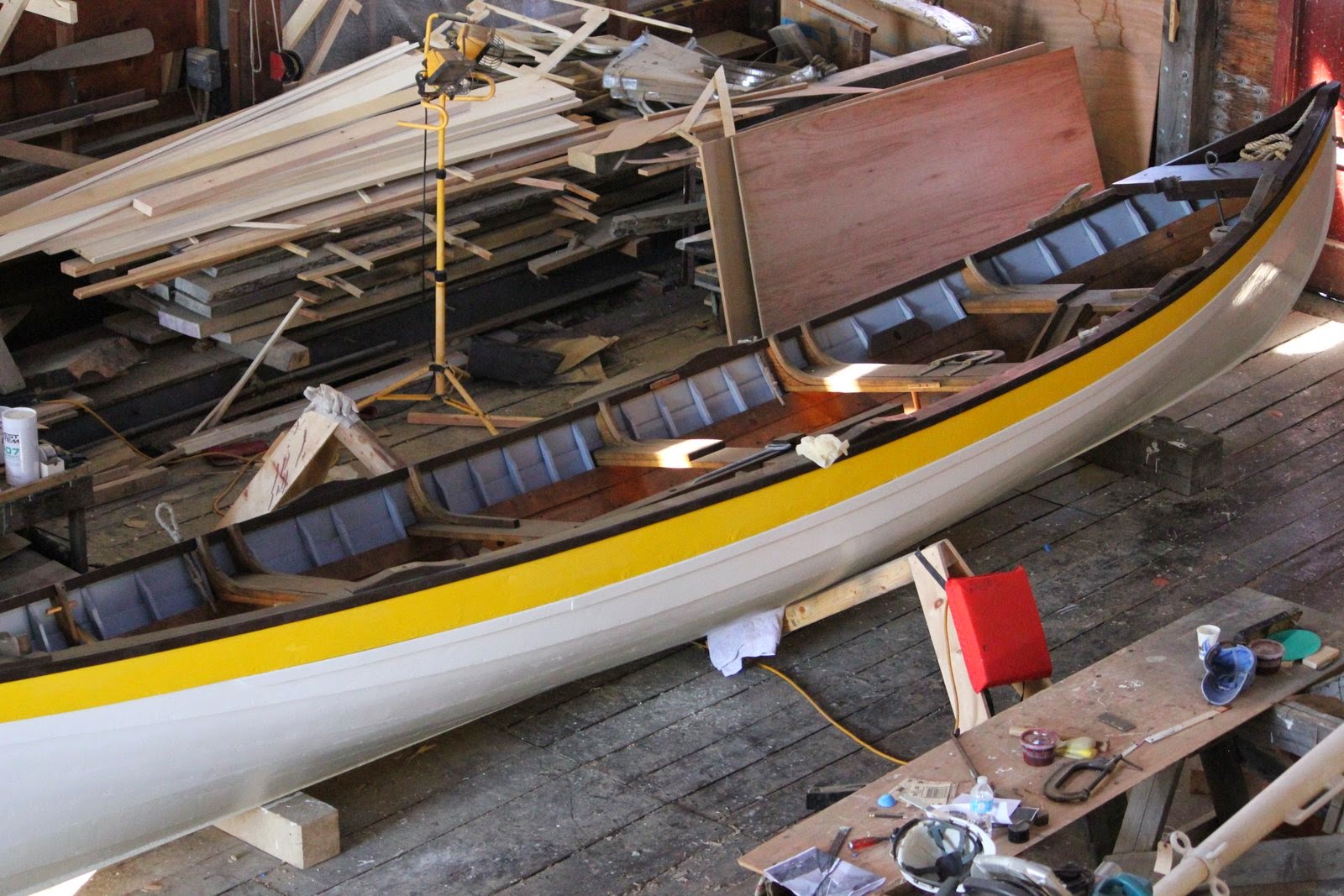 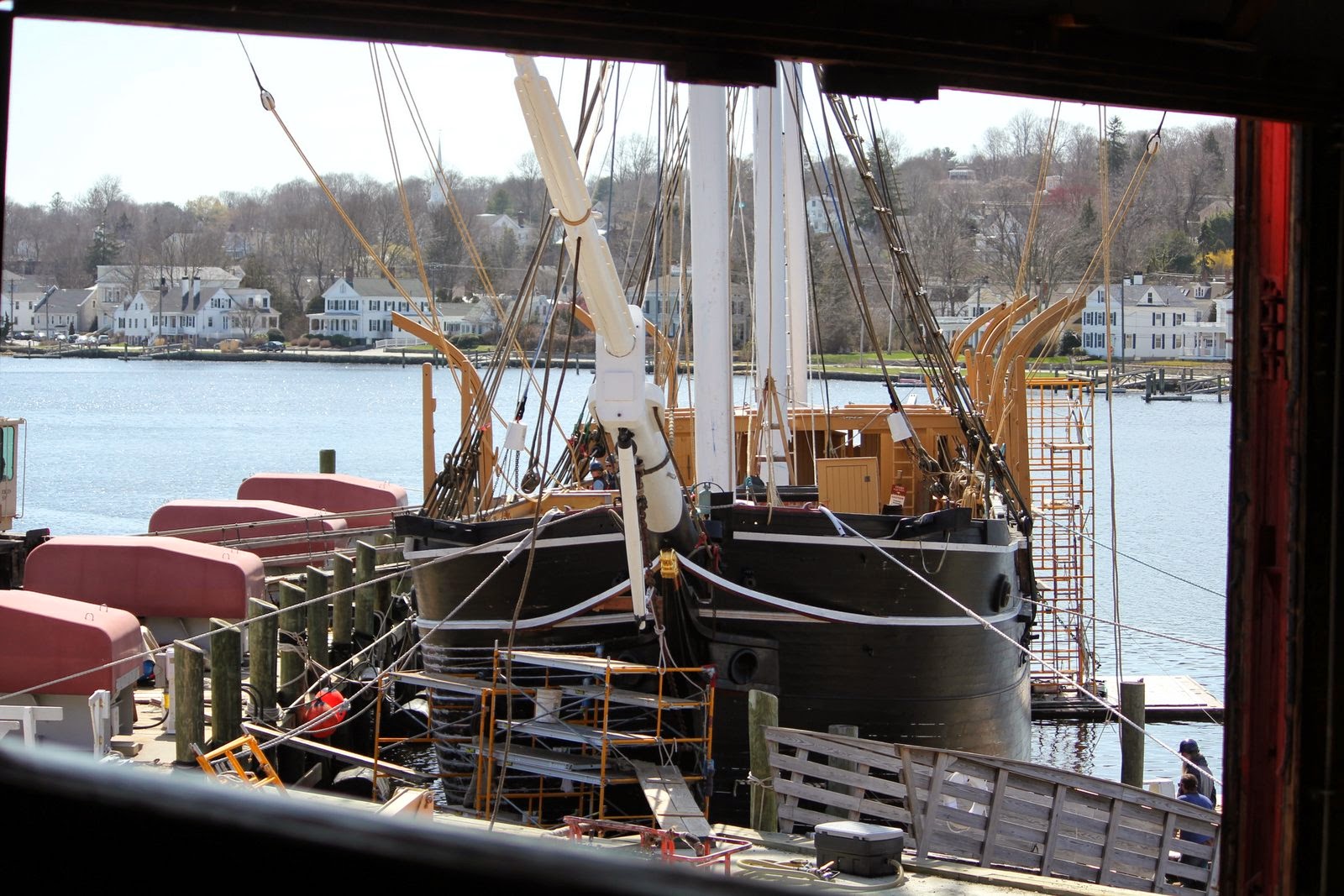 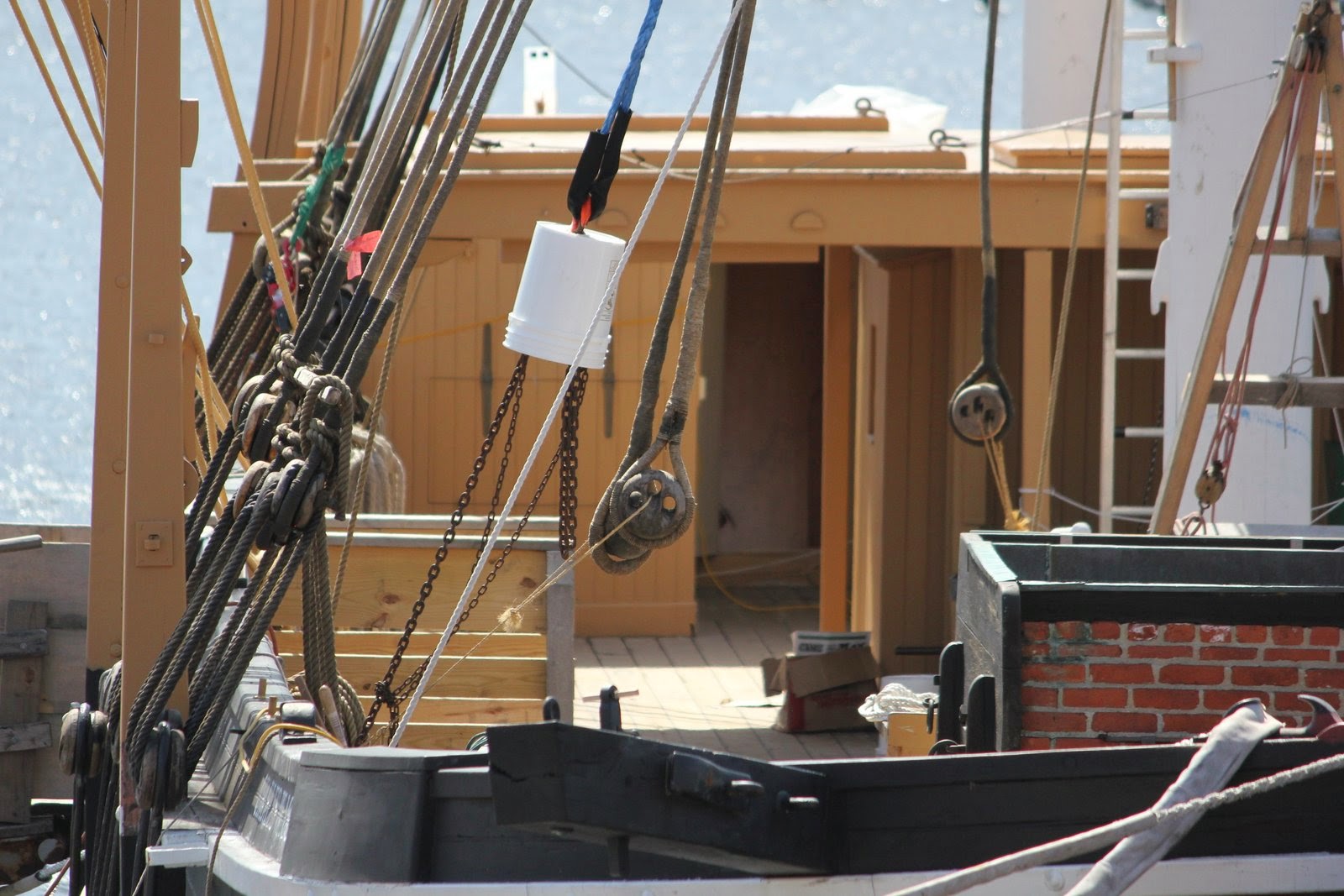 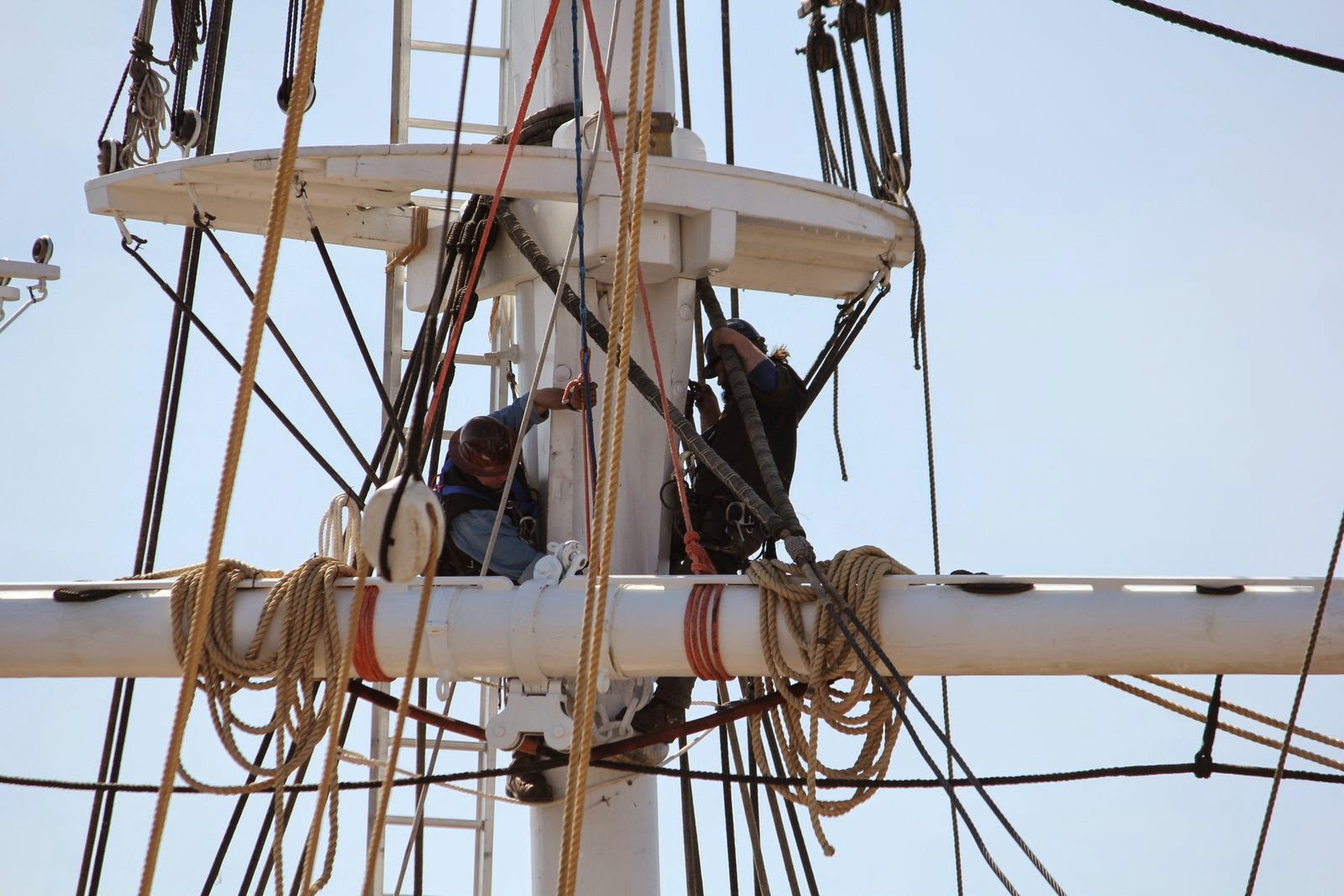 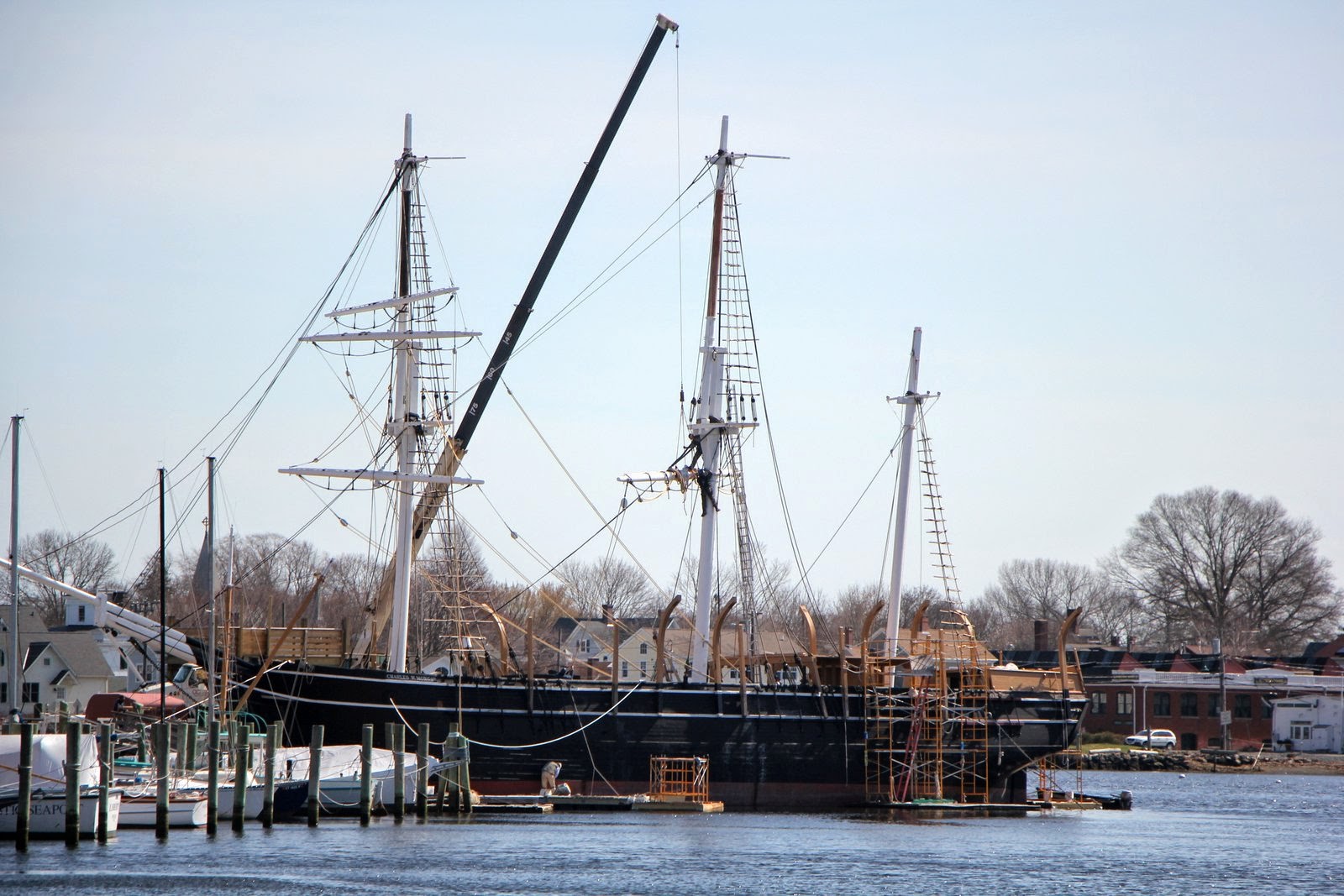 The CW Morgan left Mystic Seaport yesterday, May 17, for the first time since 1941. She was towed to City Pier in New London for her final fitting out. Here are a few photos of her preparations from about a month ago, when her spars were lifted in. These photos were taken by Muffy Aldrich and first appeared on her very cool blog 'The Daily Prep'. Thanks, Muffy.
Today I have been gathering pics of the Morgan's departure yesterday and should get them up in a day or two...stay tuned.

Here's a bit from Mystic on the Morgan's captain Kip Files for the 38th Voyage:
As the owner and captain of the 132-foot, three-masted schooner Victory Chimes out of Rockland, Files is no stranger to sailing large ships without an engine. He is also the primary captain of the 207-foot barque Elissa, owned and operated by the Galveston Historical Foundation and Texas Seaport Museum. Files holds a U.S. Coast Guard Master Ocean License for Inspected Passenger Vessels of up to 1,600 Gross Tons. He has been a master of traditional sailing vessels since 1978. He also served on the boards of Tall Ships America (formerly the American Sail Training Association) and the Ocean Classroom Foundation.

“There are very few people in the world with the knowledge and experience of traditional square-rigged sailing necessary to do this job. Kip is one of those people and we are confident we have found the right person to lead the ship on her 38th Voyage,” said Steve White, president of Mystic Seaport.

Email ThisBlogThis!Share to TwitterShare to FacebookShare to Pinterest
Newer Posts Older Posts Home
Subscribe to: Posts (Atom)
seventy point eight is the percentage of ocean to landmass on our planet. get wet...a rambling personal collection of news, books, images, ideas, and whatever else I find interesting relating to our aqueous environment..with an emphasis on small boats, sailing, boat design and designers and boatbuilding and builders, especially home builders. And a certain curiosity about seasteading. Header photo:'Salarøy' is a 41' fembøring, a Norwegian workboat inTromsø Norway. Courtesy Hildringstimens båtgalleri - http://www.hildringstimen.no/batlista.htm