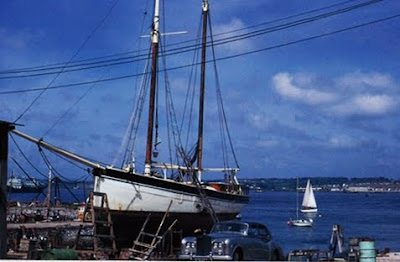 Saoirse while in Eric Ruck's ownership, hauled for caulking in Plymouth Habour, 1967. 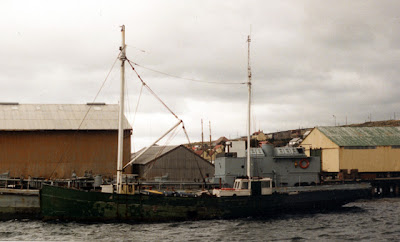 Ilen at Port Stanley sometime in the 70's 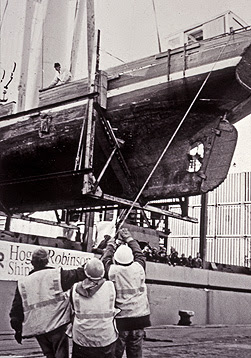 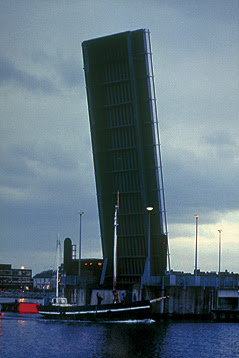 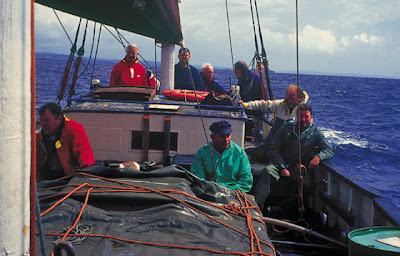 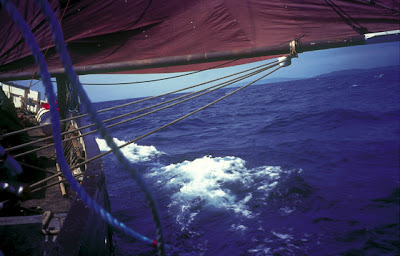 Running before a gentle breeze off Kinsale, West Cork. 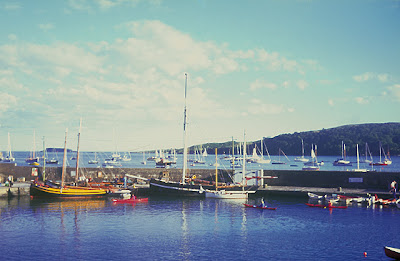 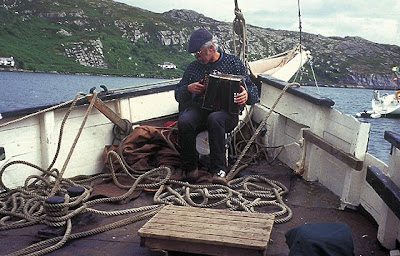 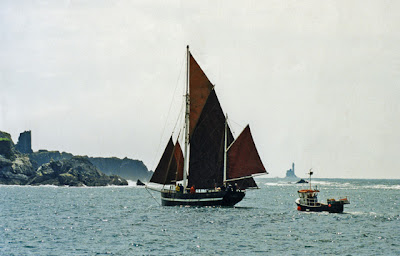 Ilen sailing toward Cape Clear Island, West Cork with the O'Driscoll Castle of Gold and the Fastnet Rock in the background 1998. 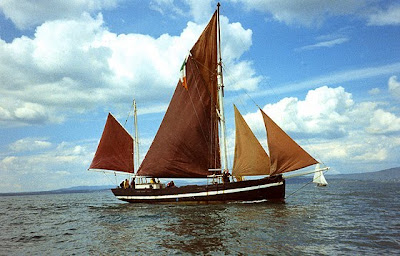 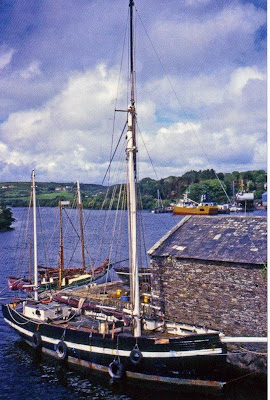 The Ilen tied alongside the coal store at Hegarty's Boatyard quay, Oldcourt,on the Ilen River, Summer 2000.


Shortly after losing his wife Kitty in 1936 Conor O'Brien parted with another of his loves, Saoirse. She was sold to Eric Ruck in 1940 who cared for and enjoyed her into the 1970's. She was sold again and in 1980 was lost, despite the efforts of her last owner to save her, in Negril Bay, Jamaica, grounded and succumbing to the 190mph winds of hurricane Allen. The loss of this iconic ship, (not confirmed in Ireland until the late 1980's) which had nobly served Conor while a fisheries inspector during the Irish civil war, which had carried the Irish Free State tricolour around the world, was deeply felt by the Irish sailing community, perhaps none so keenly as Gary MacMahon, a Limerick sailor who'd been drawn to Conor's story, as many others were, and are.
Feeling the sting of this loss, Gary increasingly turned his attention to her sister ship, the Auxillary Ketch Ilen. In the late 1990's Gary heard rumors that the Ilen was no longer working in the Falklands, that she had been sold and taken off to Chile. In February of '97 he contacted the harbormaster in Port Stanley and learned the Ilen was there, idle, and in the main in good health. Negotiations with the owner Paul Ellis ensued and with the help of the Hunt Museum Board in Limerick, she was purchased. She had now got to be brought back to Ireland.

In the 1990s, mariners tales of this heroic boat began to drift back to Ireland. During the Falklands War (1982) the Ilen was caught for a moment in the light of a flare and flashed through televised news clips to be instantly recognised in West Cork. Under one of the secret protocols of the Anglo-Irish Agreement, slipped in after midnight by Sean Donlon, Gary MacMahon flew out by RAF plane to Port Stanley, Falklands, to successfully negotiate her acquisition and return to Ireland.

A major hurdle was the lack of a crane in Stanley harbor large enough to lift the Ilen aboard a cargo vessell, and apparently she was in no shape to make the voyage. From the AK Ilen website:

Gary returned to Limerick and, with the assistance of Gerry Boland of Price Waterhouse Cooper, eventually resolved the difficult task of shipping the vessel. Ilen was lifted aboard the MV Angeliki in Port Stanley on 10 October 1997, using the cargo ship’s inboard crane.

She was shipped to Dublin, where she wintered over in the Grand Canal Basin. In June of 1998 the Ilen was sailed round from Dublin with a crew of eight hardy souls to Baltimore, from whence she came. After a stopover in Glandore harbor, she tied up in Baltimore "to tumultuous applause from the huge crowd gathered to witness her return home". Like a salmon returning to spawn, she eventually made her way back to the river Ilen, within sight of her birthplace, and "Liam Hegarty and his team at Oldcourt, heirs to Ireland’s traditional timber ship-building skills, nobly and generously took her in to rest awhile".

She may have rested a bit too long, more like being in a coma, stored on the hard for several years, while ownership and funding matters were worked out. Some restorative work had been done once she was pulled, but rain and time negated those gains. In October of 2008, these issues having been resolved, the AK Ilen was brought into the large grain shed at Hegarty's Boat Yard, and the restoration commenced. But that is another story.

Originally published by Thomas Armstrong in 70.8%

Posted by Thomas Armstrong at 8:55 PM No comments:

Email ThisBlogThis!Share to TwitterShare to FacebookShare to Pinterest
Labels: AK Ilen, Boatbuilding, Restoration, Traditional, Workboats
Newer Posts Older Posts Home
Subscribe to: Posts (Atom)
seventy point eight is the percentage of ocean to landmass on our planet. get wet...a rambling personal collection of news, books, images, ideas, and whatever else I find interesting relating to our aqueous environment..with an emphasis on small boats, sailing, boat design and designers and boatbuilding and builders, especially home builders. And a certain curiosity about seasteading. Header photo:'Salarøy' is a 41' fembøring, a Norwegian workboat inTromsø Norway. Courtesy Hildringstimens båtgalleri - http://www.hildringstimen.no/batlista.htm