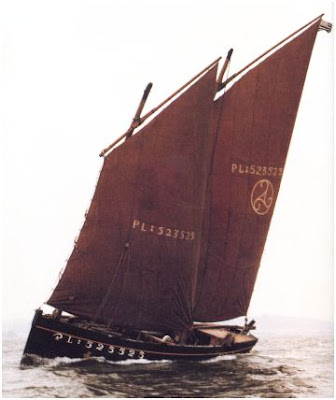 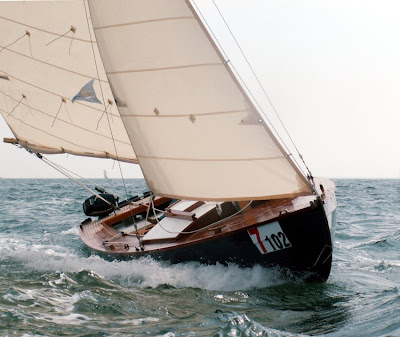 Francois Vivier is a French boat designer in Pornichet on the coast of Bretaigne. He designs many of his boats for amateur construction using modern lapstrake ply/epoxy and/or strip plank construction. He has also drawn new plans for many more traditonal or Heritage boats from his area. As an engineer and Naval Architect he worked in the maritime industry for many years and has been associated with merchant, cruise and naval ships, but always interested in smaller yachts and traditional working craft. For the last five years he has relinquished his many responsibilites, including serving as Director of the French Shipbuilding Research Institute, and concentrated his energies on designing smaller craft. I am especially enaormed of these two, the Stir Ven below and the Eliboubane, a traditional sardine fishing boat above. You'll find your own favorites.

Posted by Thomas Armstrong at 2:31 PM