Help us find this boat: 'Twilite'

Everett building with Emmett, (maybe), poking out of the backpack 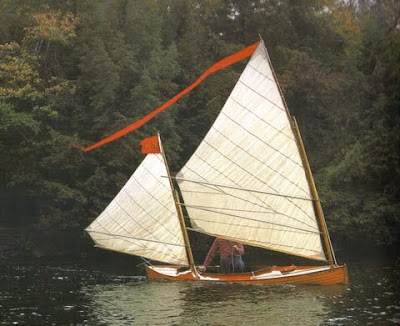 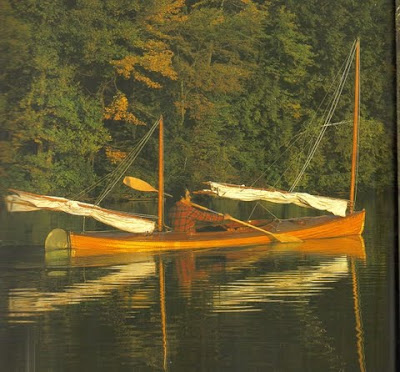 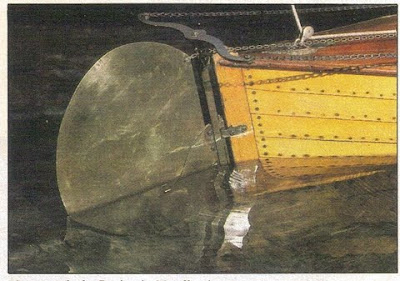 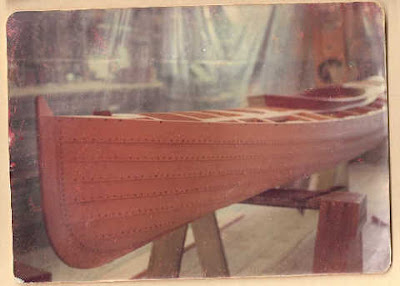 The completed hull in Everett's shop with the deck framing in. 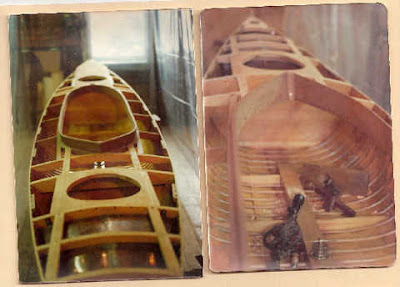 Two more shots of the work in progress 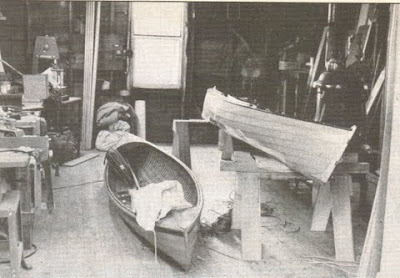 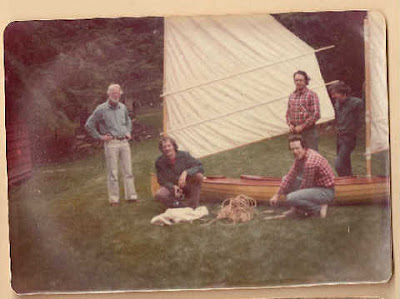 
John Brady recently forwarded me an email from Emmett Smith who is trying to locate a boat built by his father Everett. Emmett's email was originally sent to Tom Shephard, a fellow member of the Delaware River chapter of the TSCA. John thought I might be interested, and inevitably, I am. Here's the gist of the matter:

My Name is Emmett Smith. John Brady gave me your name. I am looking for a very unique boat that I think may be in the Philadelphia area. It is a reproduction of a Rushton Vesper model decked sailing canoe that my father Everett Smith built for a customer in the 1970's. It was called 'Twilite,' and got a bit of press from WoodenBoat at the time. For me, it is a part of my family history, and I am anxious to find it.

The boat was sold by the Ross Bros. in Massachusetts in the late 1980's and entered the world of designers and antiques. It found its way to Wanamakers Department Store at 1300 Market St. in Philadelphia, whee it was on display from 1991-1996. When Strawbridges bought out Wanamakers, the boat went into a storage unit at 8th and Market. In 2006, when FDC-Macy's moved into 1300 Market St., the old storage building was cleared out and the boat was sold. This is information from the Visual Director of Macy's, a man named Mark Moody, who oversaw the selloff but does not remember who the boat went to.

So far this is where the trail ends. The boat was sold in downtown Philadelphia in 2006. So, I am contacting people in the area who would take note of a unique boat such as this. If you have seen it or have any leads for me please be in touch. I am looking also for anyone else who sells or deals in boats or maritime antiques; anyone who might have come across this boat.

The boat is Alaskan cedar over oak, with mahogany decks and coamings and spruce masts. The folding rudder and Radix style centerboard are handmade as well. The boat has copper flotation tanks under the decks. It did have a flag with its name, but I do not know if it is still with the boat. The Ross Bros. also stamped their name before they sold it, probably under the thwarts and seats. I have attached a couple of pictures as well.

Thank you so much for your time."


I was intrigued. I searched my spotty WoodenBoat archive and found the article in WoodenBoat # 65, august 1985. Jogged my memory. As a recent graduate of the Pennsylvania Academy of Fine Art ('83)I was thrilled to read this article which depicted the boatbuilder as artist. It introduced me to sailing canoes, canoe yawls, and J H Rushton. I think I bought the Manley book on Rushton shortly thereafter and visited the Adirondack Museum within the year. I wrote Emmett to get permission to write about his search and some intriguing info came to light. Emmett is now a boatbuilder living on the West coast and also doing consulting work for various institutions. Everett now has his shop in Canton, NY, the location of Rushton's old boatworks. He served for a time as the curator of the Antique Boat Museum at Clayton, NY. Bob LaVertue, who commissioned the boat, I met at the MASCF last year. He crafts bronze and copper hardware for sailing canoes of this kind, including the folding fan centerboards in Springfield MA, and while he created some of the hardware for Twilite, the radix centerboard was made by John Wells.

This boat has a rich heritage, and Emmett would like to return it to the family fold. ANYONE having any info regarding the whereabouts of this family heirloom should contact Emmett, or me or John Brady.

Special thanks to Benjamin Mendlowitz for permission to use his lovely photos of Twilite. You really owe it to yourself to visit his website. And thanks to Tom Jackson at WoodenBoat for putting me in touch with him.
Posted by Thomas Armstrong at 8:20 PM