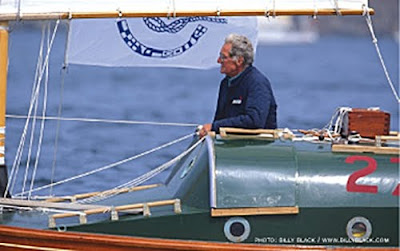 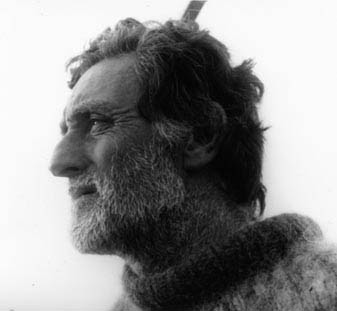 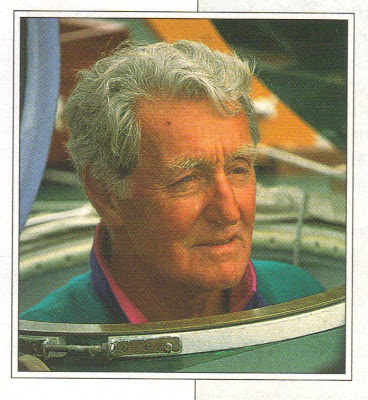 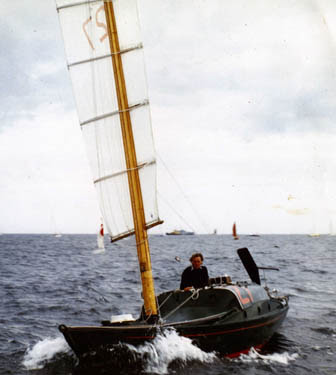 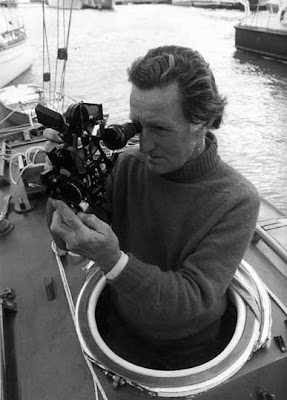 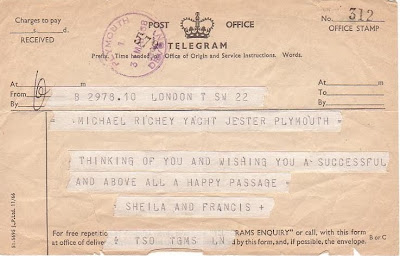 
A life well lived and very rich indeed. I do not mourn the passing of Michael Richey, but rather wish to celebrate the life of a man who lived his life to the fullest with a great many significant achievements. Mike passed away on Tuesday, December 22, 2009, leaving a rich legacy for all sailors who aspire to adventure. A veteran seaman who saw action in WWII, Mike later followed his passion for navigation to became one of the founding members of the Royal Institute of Navigation. Mike was also the inheritor of Jester, Blondie Hasler's seminal junkrig conversion Folkboat which inaugurated the OSTAR transatlantic races, and it's his dogged participation in these races, all of them, after acquiring Jester from Blondie in 1964, which interests me. Mike was persuaded to buy Jester upon her return from the second Ostar and he and Jester participated in every one of these races until she was lost in the '88 race. A new cold molded Jester was created with the help of a trust organized by Nigel Rowe, and Michael continued to make these crossings. Over the years the race grew more and more competitive, with larger, faster, hugely funded racers quickly betraying the Corinthian( (dated),(nautical) An amateur yachtsman who sails his own yacht without a professional skipper ) origins of the event. Michael seems to have joined the race for reasons other than winning , seemingly it was the journey that mattered. He and Jester last participated in 2000, when a special dispensation was granted to allow the 26' boat to enter as the minimum length had been raised to 30'. In total Mike crossed the Atlantic single handed a whopping 28 times!, nine of which were Ostar's. One source reports: 'He confessed that coming in perfectly last became his objective, since it wasn’t so much the sailing that interested him, rather the navigating. He would often sail with centuries-old Portuguese, Phoenician, Chinese and Spanish navigational instruments borrowed from local maritime museums. ' Mike celebrated his July 5th birthday many times at sea, alone, surrounded by his books and good wine, including his 80th.

Truly a man all can admire, and a life all can celebrate.

There is a great obituary here.
A lovely reminiscence here.
A timely tribute here.
And the Jester Challenge biography here.
Take a look at Mike's articles for the Jester Challenge page here.
There is also a very good article on Jester, and Michael, in WoodenBoat #113, by Sheila McCurdy.
Posted by Thomas Armstrong at 6:06 PM

What a lovely piece of writing about a truly interesting a unique person. Made Michael Richey a real person to me. Thanks.