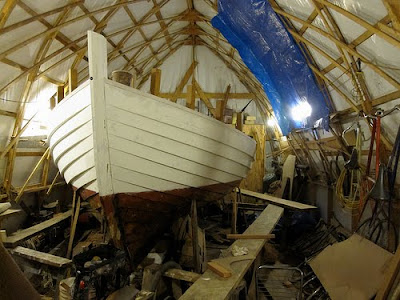 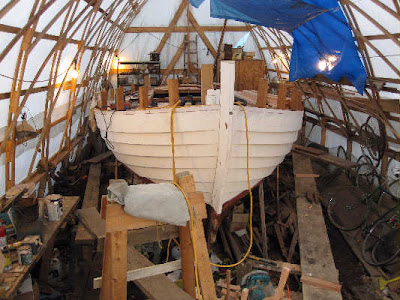 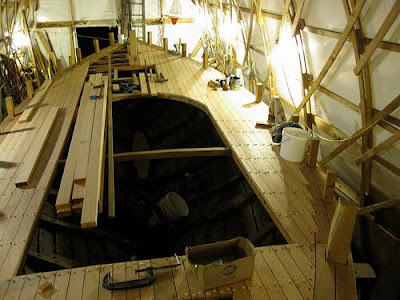 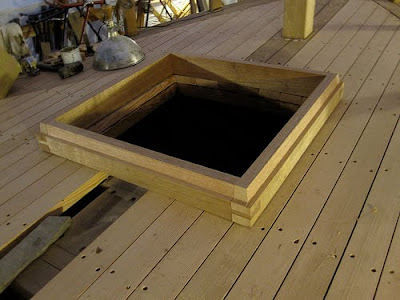 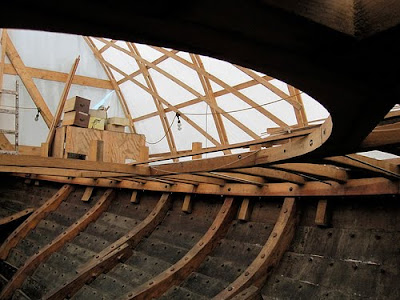 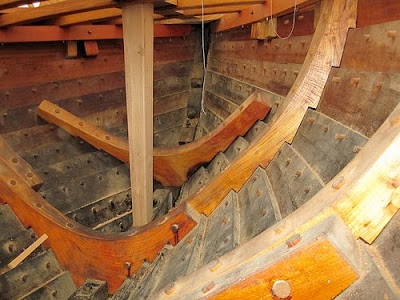 Mast step, trunnels, and what looks to be a grown floor 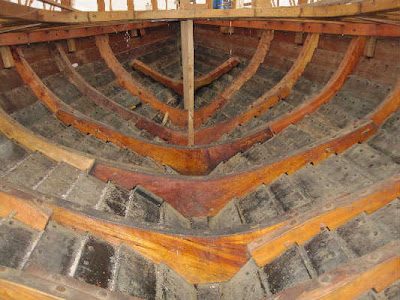 Jette is certainly being well crafted 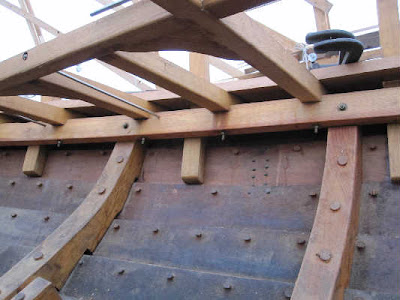 tree·nail or tre·nail also trun·nel
n.
A wooden peg that swells when wet and is used to fasten timbers, especially in shipbuilding. 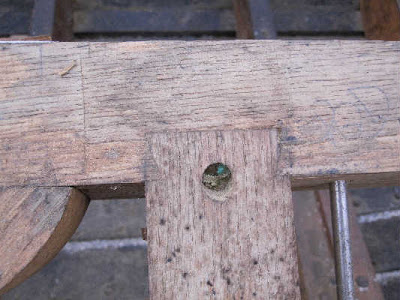 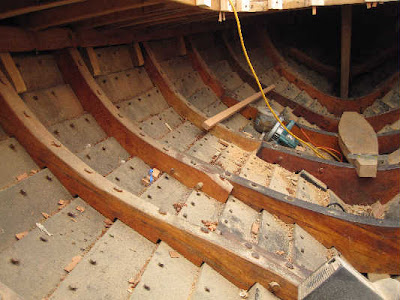 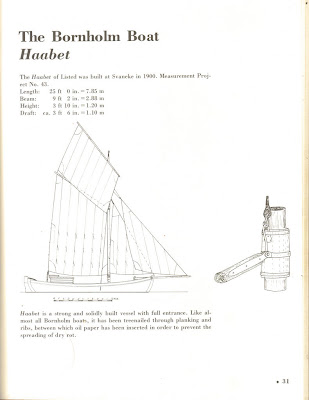 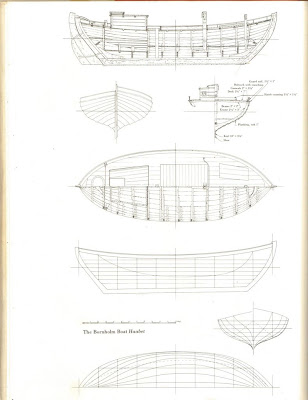 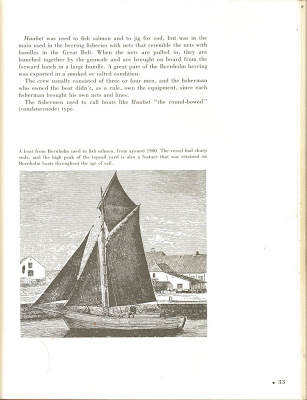 The book 'Wooden Boat Designs Classic Danish Boats Measured and Described by Christian Nielsen', is a book that inspires.
Originally published in 1977 by Høst and Søns Forlag, Copenhagen, in cooperation with Handels og Søfartsmuseet. The English translation is from 1980 and inspired Jon Wilson, founder of WoodenBoat Magazine, enough that he wrote the forward to the English edition. Chuck Coles
found inspiration to build his Lynaes dinghy Moondancer. Add Matt Billey, underway (7 years worth) with the build of a replica Bornholm Boat, Haabat, to Nielsen's lines. I discovered Matt's project on Russ Manheimer's weblog about his beloved Sjogin, another Scandinavian double ended design. When I wrote Russ asking if he'd put me in touch with Matt, I had no idea the boat that Matt was so finely crafting was from the Neilsen book. In email conversation he said:

"I first discovered Christian Nielsen's book "Wooden Boat Designs: Classic Danish Boats Measured and Described" while up at the Apprenticeshop in Rockland, Maine. This is the same book that Chuck Cole got the design for the Lynaes Dinghy he built. Of all the boats in the book, I loved the Bornholm Island boat "Haabet" the most. I am especially interested in the hull shape and the construction method. For some reason, I seem to like ancient double-enders that have slightly wider shoulders than hips. I've built a Maine sailing peapod that has that same "cod head, mackerel tail" sheer. Joggled frames and trunnels have always fascinated me and I wanted to have some first hand experience with them.

There are a few sentences in the Nielsen book that really peaked my curiousity. ......

"Since the boats from Bornholm, even with their small size, were superior to the Belt and Sound boats as far as seaworthiness was concerned, the local fishermen in the Langeland Belt became interested in this type, and in the period down to 1920 a considerable number of Bornholm boats were sold to them. Thus, until World War I, once could see both Sound and Kattegat boats, Belt boats and Bornholm boats, such as Haabet of Listed, in the same area catching the same kind of fish. They were all sharp-sterned shoal-draft vessels; as far as their construction was concerned, they must be said to belong to the same group, but their local feaures indicated that they had been built in different places in Denmark."

I guess I want to find out what makes the Bornholm boats so seaworthy. So, it has always been my plan to build the hull using traditional materials and construction method, build the rig as drawn in the plans, but change the deck layout so as to be more comfortable for coastal cruising. As you can see from the pics, "Jette" will have wide side decks, a small cabin and a cockpit for passengers. The only thing I'm retaining from the original deck plan is the footwell aft for the helmsman."

He's well on his way, building slowly and meticulously, as you can see. He seems to know what he's doing. I will look forward to the launch, and hopefully manage to get aboard.

I originally found this book while researching a Nielsen drawing of a 'Norwegian' pram I'd found in Thomas Gillmer's A History of Working Watercraft Of The Western World. The boat in question is not in Neilsen's book, but an inquiry to the Danish museum turned up a CD which has all the Nielsen drawings along with his commentary (the comments are in Danish, but w/Google translator, that should pose no problems). They also have the book, in Danish. The English version is, I believe, out of print. I found a second market copy on line. To inquire about ordering the CD, write to : info@maritime-museum.dk or click my title bar for the museum store, the CD is just under the book. I have a copy on the way.

Posted by Thomas Armstrong at 4:07 PM

Another great post Thomas. Maybe we can work out a sail together on Jette

Even the shed looks like a piece of art!