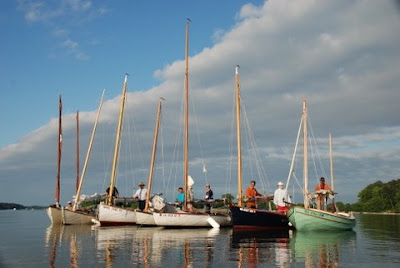 Rafting up for a group photo, Left to right, Ned Asplundh in his Sea Pearl, Jim Luton in his crabbing skiff, Marsh Cat Obadiah, sans skipper Pete Peters who is doing the honors, Mike Wick in his melonseed cat Pepita (a John Brady design), Ron Gibbs in his Celebrity class, Doug Oeller and NealBattaler in another Marsh Cat (both of these cats are, I believe, Joel White designs), and Kevin Brennan and Peter Digel in the Welsford Navigator Slip Jig. 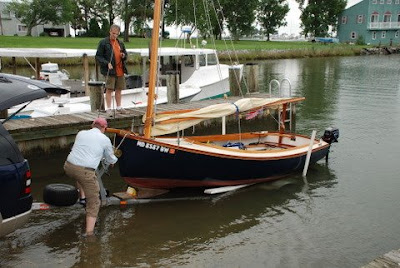 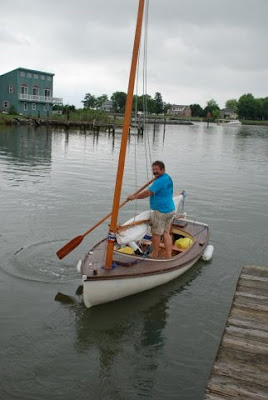 Mike Wick getting out. 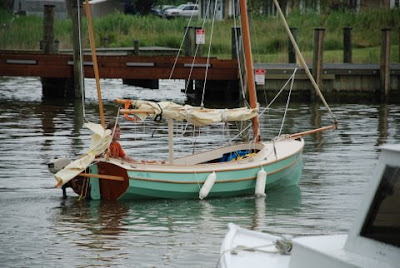 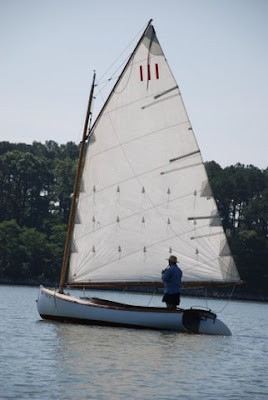 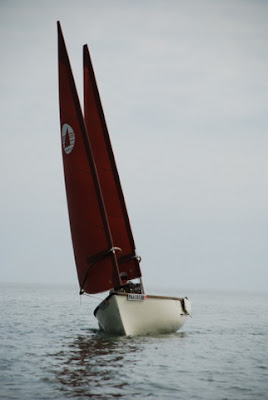 Ned in his pearl. 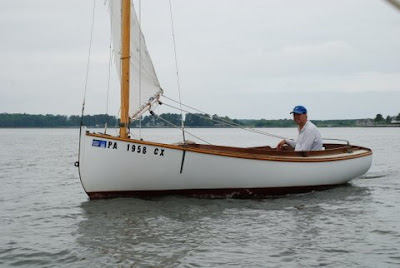 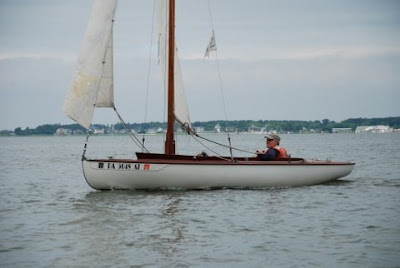 Ron Gibbs in his Celebrity. 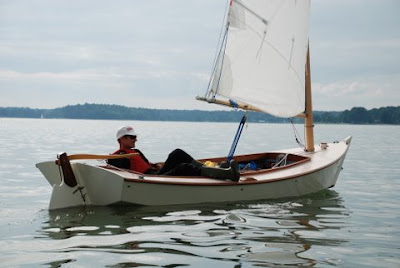 Here's Jim Luton getting a workout aboard his crabbing skiff. 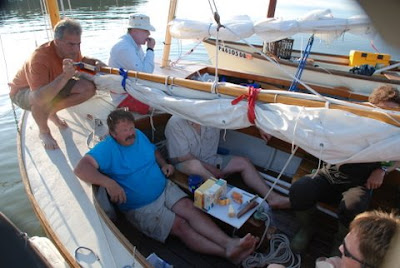 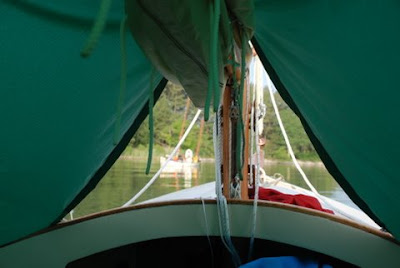 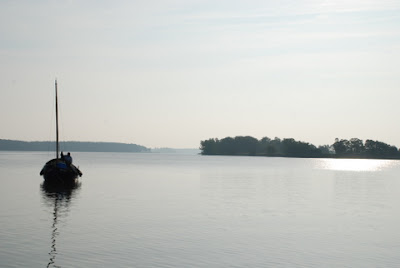 
Several members of the Delaware River Chapter of the TSCA got together recently for a voyage from Tilghmans Island to Broad Creek on the Chesapeake and back to Tilghmans. Seven (really fine) boats, nine guys and apparently a bushel of crabs worth of pure enjoyment. Throw in a little self made Celtic music and you've got quite a salty stew. Boom tent camping in early June, a two day escapade that has become something of a long standing tradition within the chapter. Chapter president Mike Wick sent me a boatload of photos of this jaunt and I'm only showing a sampling here. The full article appeared in the July Mainsheet, the chapter's newsletter. I just took a look and it's not there yet, but it should soon appear on the Delaware Chapters home page. It has a deeper piece on the trip. Meanwhile, why not join the TSCA? I have, and maybe you'll see me here next year.
Posted by Thomas Armstrong at 9:30 PM

If there is anything that could tempt me away from Lasers it would be chance to own one of those beautiful traditional cat boats and to go on camping trips like the one described.

So I checked the TSCA site and there doesn't appear to be a Rhode Island Chapter? I'm shocked. I see boats like these all the time around Narragansett Bay so why aren't they involved with TSCA, I wonder?

Good question Tillerman! Maybe there are lots of potential members who haven't joined because of the lack of a local. Why not join, canvas locally and see if you could put together a group? Membership is only $20.

Love those Marsh cats - you should get one Tillerman, I raced Tosh our 12' cat boat against the old gaffers fleet last week - won on handicap!!