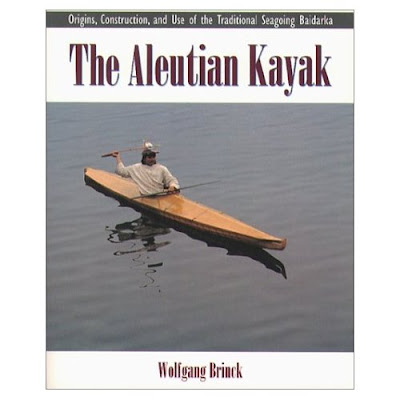 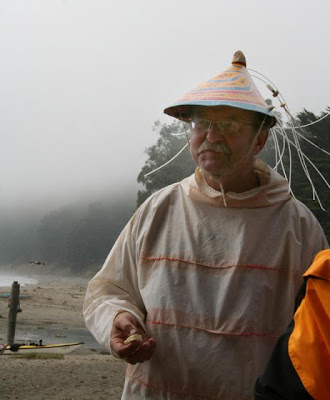 First boat, to a plan by H. C. Petersen 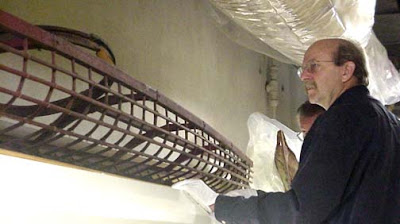 Inspecting a frame at the Phoebe Hearst Museum 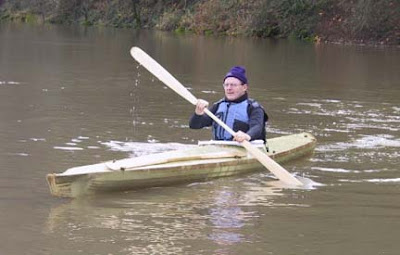 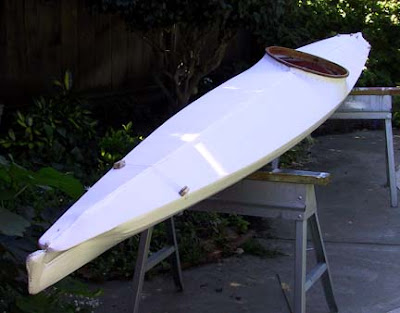 Here receiving an overhaul after 17 years of service. 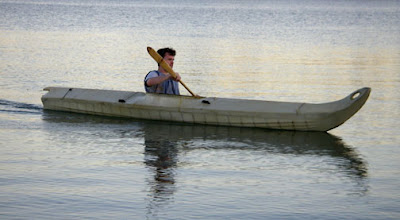 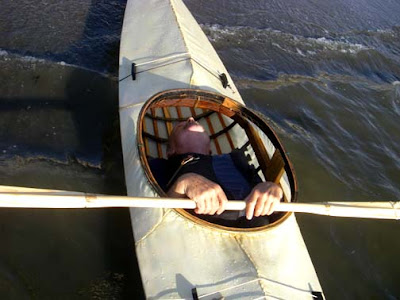 showing it's potential for a sleep aboard 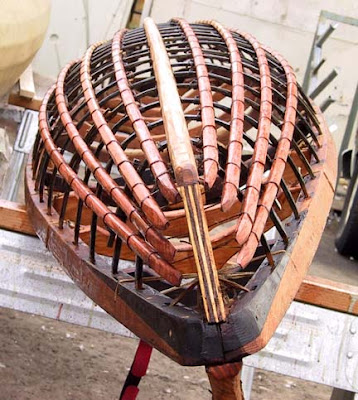 The Aluktan gym with frames building 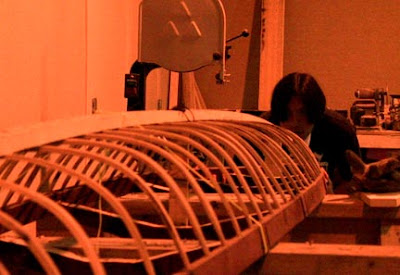 Don Jon Tcheripanoff, one of the students, inspecting his frame 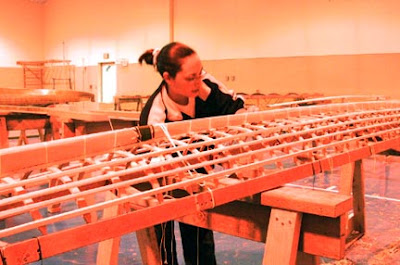 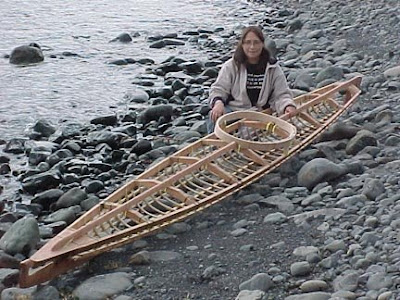 Karen with her finished frame
all photos courtesy Wolfgang Brinck
Wolfgang Brinck has been building traditional skin on frame kayaks since 1987. His first one was a Greenland Qajaq from a design found in HC Peterson's book. He soon turned his attention to aluetian baidarka, building replicas, doing research, and finding plans but scant information on construction . He decided to write a book on the boats and how to make them, and it was published in 1993. He also began testing his builds, paddling boats year round on Lake Michigan. He along with Martin Honel and Dan Joyce co-founded the NativeWatercraft Society, in 1991, which sadly is no longer with us. As his reputation grew, Wolfgang gradually moved into a didactic role and began teaching others to build the boats he was so enamoured with, in addition to building them himself, sharing his knowledge and enthusiasm. Teaching gradually became a major focus, and after a decade of helping others build boats he was invited to the Aluetians in 2004, specifically by Akutan high school, to help lead a group of high school students in building several replica Baidarka. By the time Wolfgang left, the first Baidarka launched in the area since 1930 was on the water!
Wolfgang maintains both a website and a weblog dedicated to skin boats and his activities, and they are both very worth your time and full on information on building and paddling traditional skin boats. Please visit.
Posted by Thomas Armstrong at 9:57 PM