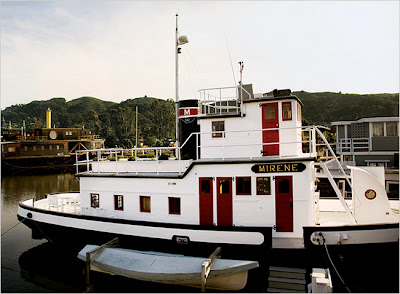 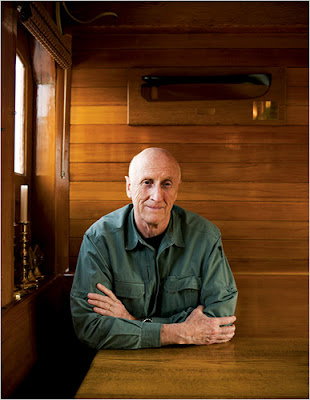 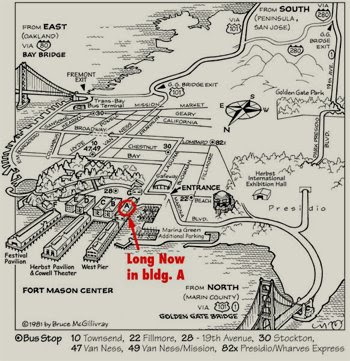 Thank you. It's hard to believe someone still lives the life and principals they held way back in those days. I used to cherish ever copy of the whole earth catalogue, which layed out much of my reading habits for a couple of decades. Unlike Brand I accepted a job and then lifestyle which compromised those 60's dreams.
Glad to learn he is still about.

I couldn't agree more. I always felt Stewart was an inspiration, and no less so today!

This post really brings back the memories. The first Whole Earth Catalog I ever saw contained a grainy black and white image of a flying hydrofoil sailboat, with the address of the Amateur Yacht Research Society. Thanks for the post. - Michael

Michael, I don't know how old you are but...how did that image and the AYRS influence you, and your design career, if at all?

Excellent post Thomas.
And a beautiful boat as well.

I think this was one of your most interesting and original posts: who imagined Brand lived on a small ship? One of my favorite books of his – and a wonderful, metaphoric guidebook for anyone interested in web development, btw – is How Buildings Learn: What Happens After They're Built. As this blog develops, and the tracks you're following become more arcane and unlikely, the better it becomes (much as I love Robert Knox Johnston – 'raced' against him in the '78 Round Britain and Ireland Two-Handed – I, too, am a lot more sympathetic to Moitessier and those he inspired (the Berque twins, for example, and every non-materialistic, dope-smoking solo sailor there every was).

thanks to all, but especially Creed, the Moitessier sentiment is right on target. Please start writing again!

I really relate to Stewart's comment about being married in the 60s...I always said I was a POW during the sexual revolution and didn't get to participate. It's okay, though, the divorce ended up only costing me $16.25 plus the cost of the legal-size paper to type it up on...but that's another story.