PROA 1.1 To the ...Sublime: Bernard Smith and SailRocket 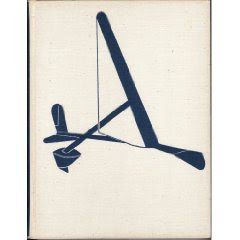 cover of  the Forty Knot Sailboat 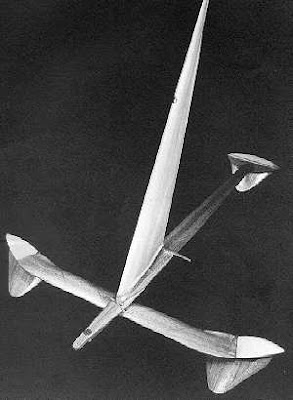 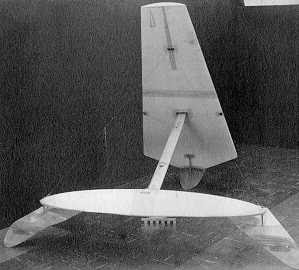 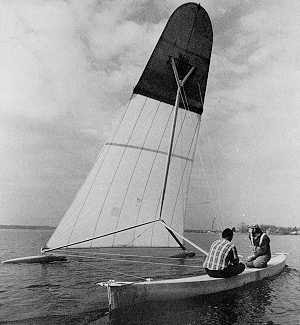 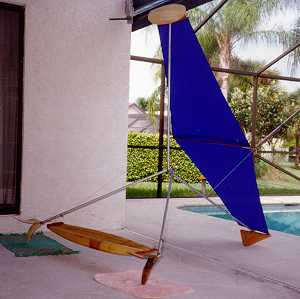 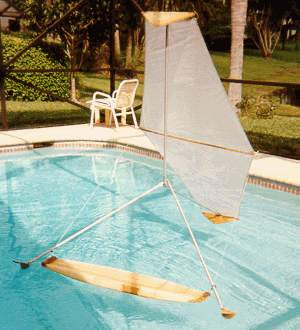 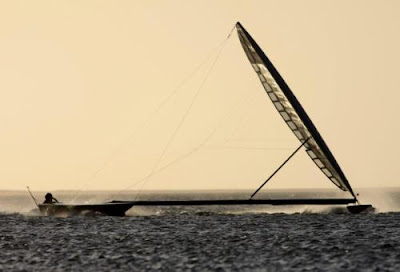 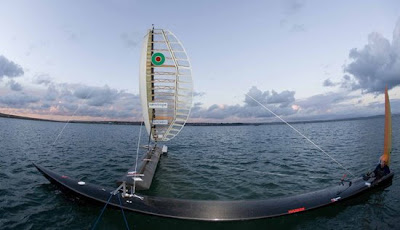 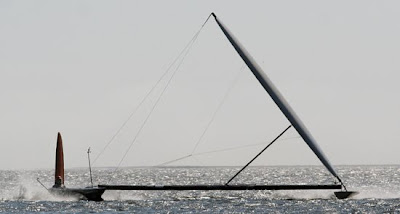 courtesy Vesta Sailrocket
I was generously loaned a copy of Bernard Smith's "'The 40 Knot Sailboat" today by a client and friend who is also a sailor. It has reignited my interest in this obscure genius. By 'co-incidence' (Jung)  Sandy K @ Casco Bay Boaters posted today an article on the Vesta SailRocket. SailRocket is attempting to set the world record for sailboat speed. She has achieved  an astounding speed of 52.26 knots. This entire project is based on and inspired by the work of Bernard Smith. A civilian employee of the U.S. Navy, Smith had yearned from an early age to create the fastest sailboat ever. He took inspiration from the phenomenal performance of the indigenous Pacific proa. He began his research and experiments on his own time building models to test his theories, but eventually the Navy took notice and funded his research and the development of full sized craft. The results are unconventional and astounding, and his models have a charm and beauty that is as unexpected as it is welcome. There's as much an artist at work here as an engineer. The vessels take proa as a starting point for investigation and then just fly. His book  40 knots begins with an history of the evolution of sailing craft, and though I've  just begun to read, it is, surprisingly, engaging and warm and not just straightforwardly technical. Smith even make apologies to the mathematically challenged that some mathematics must be involved. And this is in1963! The start is promising, I don't know what I'll learn from this book, but I believe it will be an enlightening journey. There's scarce little information on Bernard and his projects on the internet, but there's a very informative site titled 'Mr. Smith's Amazing Sailboats', which has been my source and guide. It was built by Paul Dunlop of Christchurch NZ, has lots of good information on Smith and his work and is highly recommended. Bernard Smith followed up his first book with a second, further exploration of  his passion and investigations and recounting the results in'Sailoons and Fliptrackers'. Anyone who has additional information on Bernard and his explorations of aerohydrodynamics, please share.
Posted by Thomas Armstrong at 11:07 PM

An interesting pair of posts! There was a copy of The 40 Knot Sailboat at my local library when I was a teenager and I must have checked it out at least a dozen times, so Bernard is responsible for my early on interest in proas.

'Sailoon and Fliptackers' includes a thought experiment where he imagines lighter than air creatures living in the air who harness the power of the water moving below by extending "sails" into the flow. It was a creative illustration of how a sailboat works - by exploiting two moving fluids in sheer - quite sci-fi.