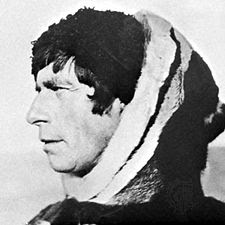 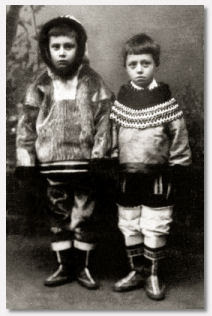 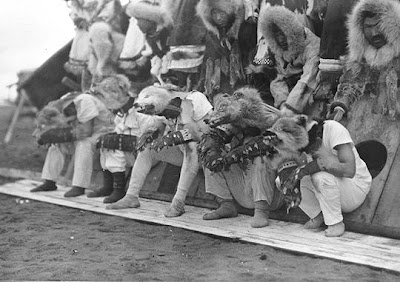 still from The Journals  of Knud Rasmussen, courtesy Isuma 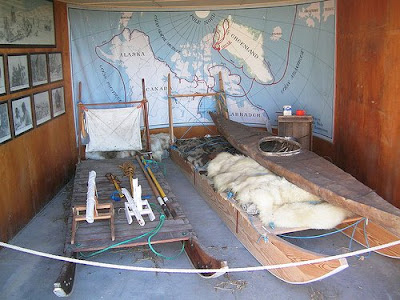 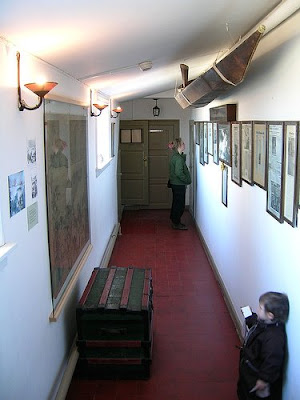 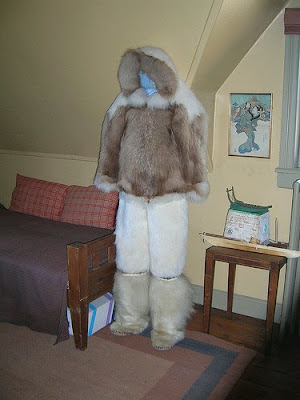 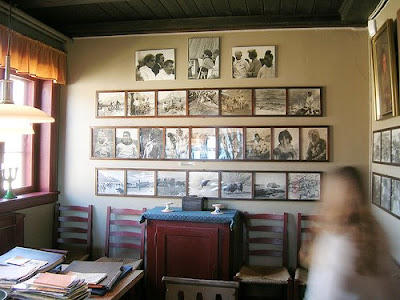 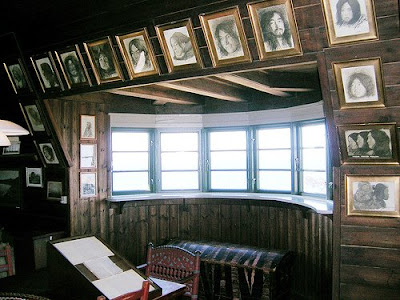 Panoramic window in the house at Hundested, courtesy Erik Daugaard 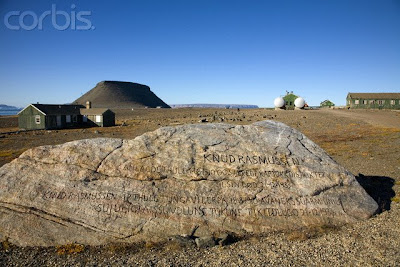 Memorial stone near Knud Rasmussen's house in Thule, Greenland courtesy Corbis
Knud Rasmussen is a legendary figure in Greenland. Danish father, Inuit mother, inspired around age 5 yrs. by a visit from Fridtjof Nansen, Knud aspired at this tender age to become an Arctic explorer. He did so. Born in Illuiisaat, Greenland, in 1879, Knud grew up with other native Greenlanders, but  was sent to Denmark for schooling. He went on his first expedition beginning in 1902 and culminating in his first book, Peoples of the Polar North. Knud was to prove a prolific expeditioner, initiating seven research expeditions based out of the Thule Trading Station which he had established with a friend, Peter Freuchin, in 1910 at Cape York, Greenland. The most well known and fruitful of these expeditions, The Fifth Thule Expedition, was a massive undertaking and resulted in ten volumes of ethnographic material, published in 1946, and many of the  artifacts collected found their way into Danish museums. In the course of the Fifth Thule, Knud left his team and set off by dogsled with two Inuit for a total of sixteen months, studying and gathering material on Inuit tribal peoples all across arctic North America, which is chronicled in Across Arctic America. Another fruit from this undertaking was a book about the Netsilik Eskimo. Knud Rasmussen was a skilled kayaker and collected and documented many kayaks in his journeys.
Knud Rasmussen was poised to set off on the Seventh Thule Expedition when he passed away at the age of 54, in Copenhagen, after a bought with pneumonia. His importance and standing in Greenland and to Greenlanders cannot be overstated. Witness this impassioned eulogy.
In 2006, Isuma, the Inuit film company responsible for Atanarjuat The Fast Runner, released  The Journals of Knud Rasmussen, based on the experiences of the Fifth Thule, during which Knud had produced thirty two journals.
Posted by Thomas Armstrong at 1:35 AM