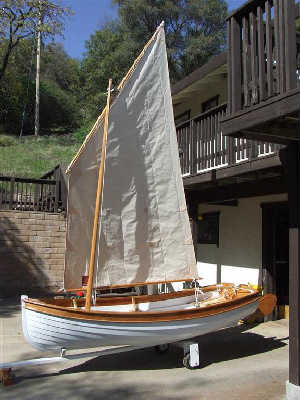 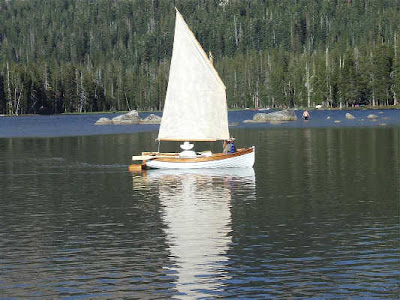 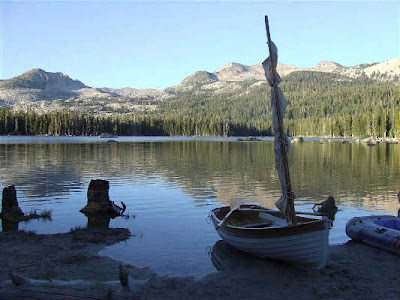 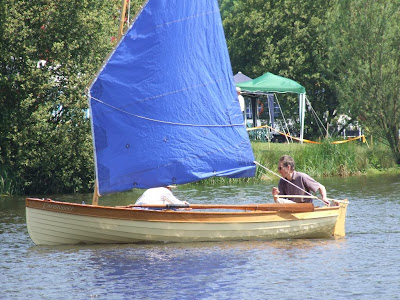 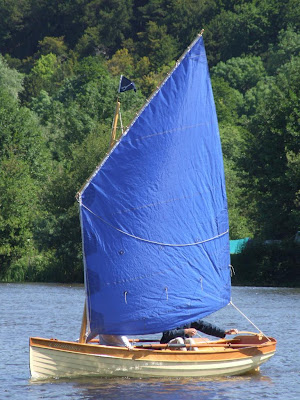 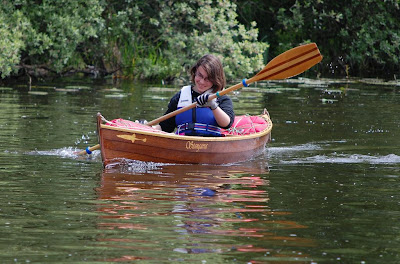 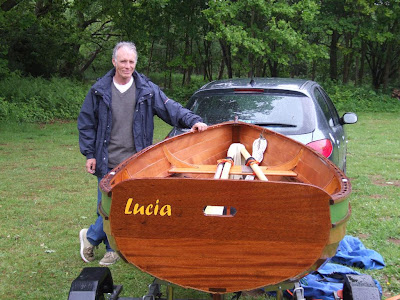 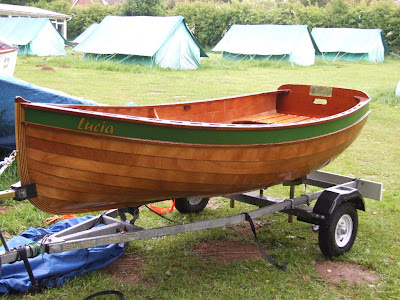 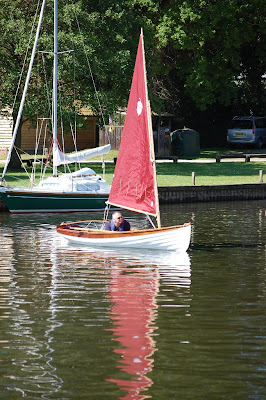 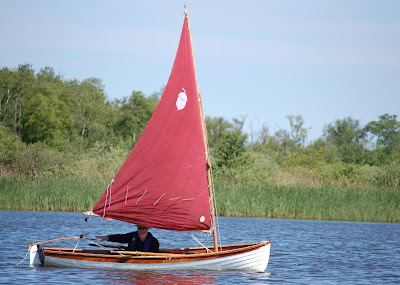 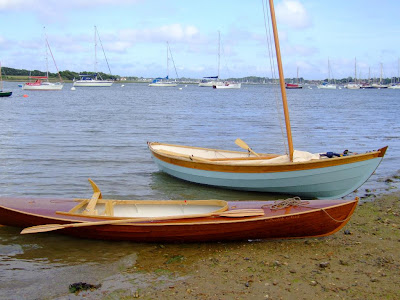 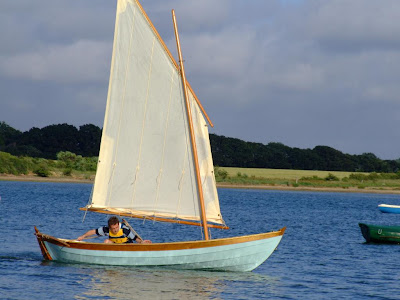 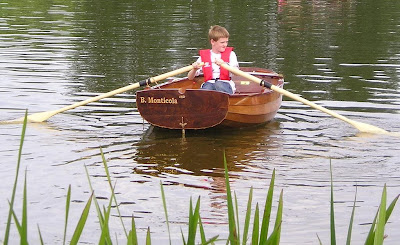 Chris Perkin's Humble Bee 'B. Monticola', first time on the water at Beale Park Boat Show, grandson Liam at the oars for the first time 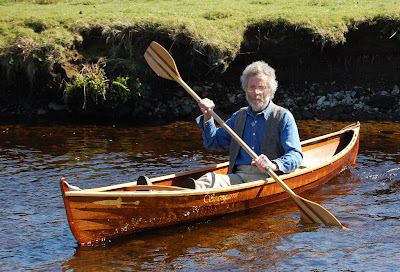 A very special moment, Iain visited in May this year and was kind enough to try my build of his Stickleback design, as the snap shows, for him, she sat lightly on the water and seemed to fit like a glove - a far cry from the effect my bulk has on her! As far as I know she was the first Stickleback to be launched, apart from Iain's build I know of a couple of others on the way. 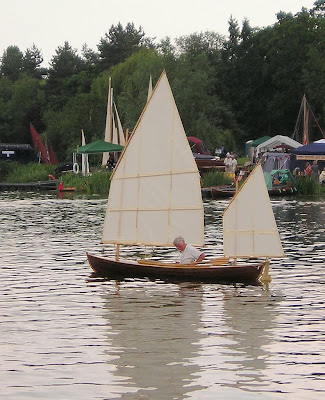 Chris Perkins' MacGregor sailing canoe ' Scotch Mist' on Beale pond in the hands of John Greenford, the first time she had been sailed. 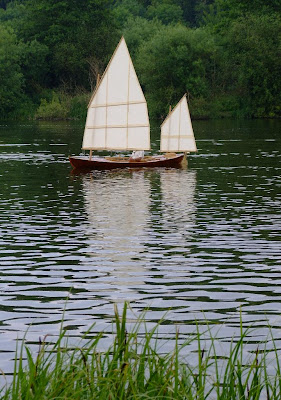 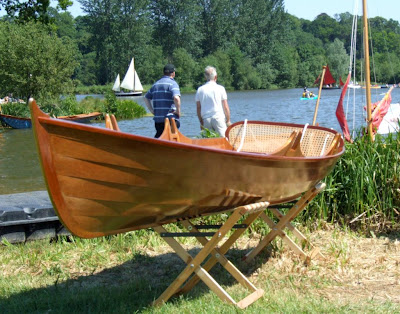 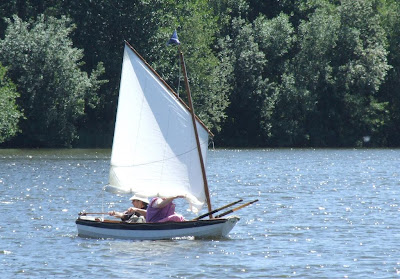 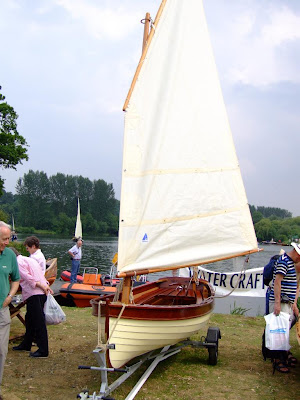 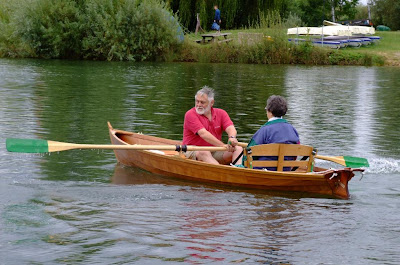 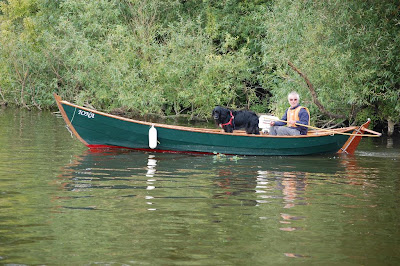 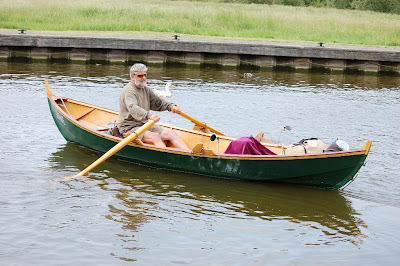 In response to a recent request for photos and stories from owners/builders of Iain Oughtred designs, I recieved photos from two parties, one indivdual owner, Ed Armstrong and one from Chris Perkins aka strathkanchris. Ed Armstrong hails from Northern California and sent these of his Acorn Dingy's home waters on Wright's Lake in the Sierra Nevada range. Chris Perkins has built several Oughtred boats, lives and buildson the northwest coast of Scotland, (near the area where I enjoyed a beautiful long summer in 1976) and has sent photos of some of his and of many others from friends and co-obessives who also own Oughtred boats. As Chris says:

"I am lucky to be able to count the majority of these builders as good friends, it makes a huge difference to be able to share one Obsessive Compulsive disorder with other understanding souls."

Enjoy.
Posted by Thomas Armstrong at 8:37 AM

Outstanding, Thomas!! Thank you, and all your generous readers!