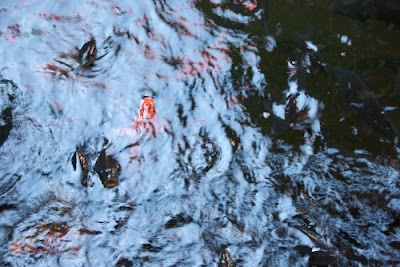 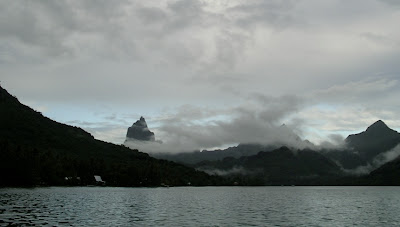 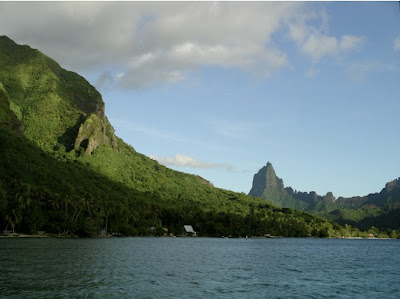 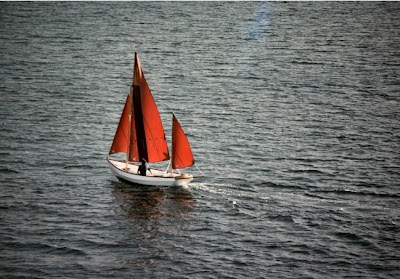 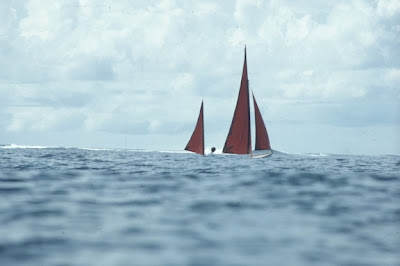 Webb Chiles is currently undertaking his fifth circumnavigation, well, 4&3/4 if you want to get technical, but he doesn't and I won't, so fifth it is. The 3/4 one is definitely the one he is most known for, his cruise almost around the world, solo, in an 18' open Drascombe yawl named Chidiock Tichborne after the 16th century English poet. Actually two of the same boats, as he lost the first the first after being falslely imprisioned in Saudi Arabia, as a spy. A truly epic voyage, and a capable boat and sailor. This from Webb,"Chidiock Tichborne was a great boat, who did more than I had any right to expect, and was a pleasure to sail.  My best day's runs in her were around 145 miles, and I often completed long passages only three or four days slower than boats more than twice her size".Webb is not only a sailor, he's also a writer and photographer and a very good at both.   I find his writing elegant and lucid, lean and clear as glass.  He is also very generous. Four of his books, numerous articles and photographs and poetry are all available on his website, which is also clean and elegant. Today Webb responded to my email queries and let me know that he's recently arrived back in the US, leaving his latest boat in Darwin but will be returning to it in January to resume his fifth.   Circumnavigation.   You can follow his wanderings in his Journal. Here is the poetry of Tichborne, which Webb read to those seeing him off at the beginning of his journey in the Drascombe.

My prime of youth is but a frost of cares,
My feast of joy is but a dish of pain,
My crop of corn is but a field of tares,
And all my good is but vain hope of gain;
The day is past, and yet I saw no sun,
And now I live, and now my life is done.

My tale was heard and yet it was not told,
My fruit is fallen, and yet my leaves are green,
My youth is spent and yet I am not old,
I saw the world and yet I was not seen;
My thread is cut and yet it is not spun,
And now I live, and now my life is done.

I sought my death and found it in my womb,
I looked for life and saw it was a shade,
I trod the earth and knew it was my tomb,
And now I die, and now I was but made;
My glass is full, and now my glass is run,
And now I live, and now my life is done.
The photo at the top is called "Dante". The next two are of Moorea, Webbs favorite island and anchorage, eight miles from Tahiti. The third down is the drascombe leaving San Diego, the fourth...somewhere along the journey. Go to this website, read Webbs books, follow his journey.
Listen to his interview with furled sails here.

Posted by Thomas Armstrong at 5:51 PM