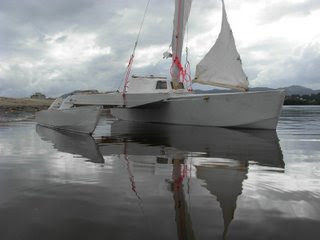 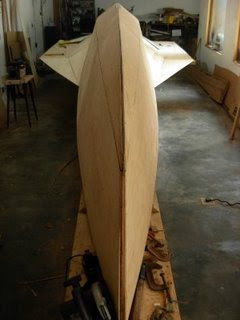 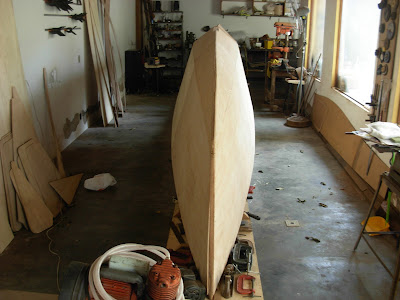 Peter Mirow is building a beautiful proa. Not only that, but taking some stunning photographs of the building process. He's building to his own design and sought the aid of a naval architect to draw plans for him, recieved only partial drawings, and is going ahead, despite the lack of a full set. Bravo Peter. You can see the drawings and follow his progress via his blog Arpex, which is also the name of the boat. Arpex is a contraction of the portuguese "Arpoador" and translates as "harponeer" or harpooner. It was a place whalers watched for whales. A favorite point break for local surfers, they call it Arpex for short. Also a favorite of Peter's growing up, it's situated between the famous beaches of Ipanema and Copacabana. Offers spectacular views of the Rio coastline.
Peter cites his influences as James Wharram,Russ Brown, Gary Dierking and Jeremy Walker. The top photo is a construction model.
Visit the blog, there's some very interesting links and lots of info on his passions.

Posted by Thomas Armstrong at 12:37 AM