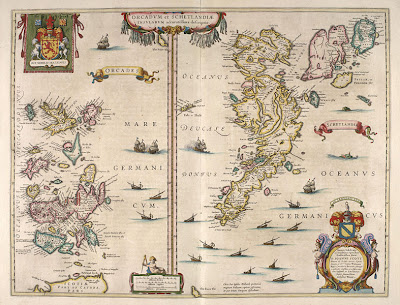 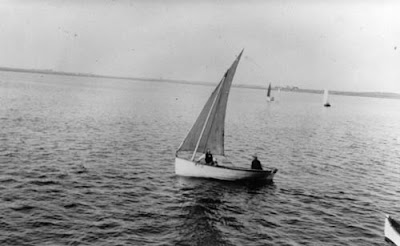 North Isles Yole "Lizzie" racing in the Sanday regatta at Kettletoft during the 1950's. She is a smaller example of the Yole , she is rigged with a Dipping lug. 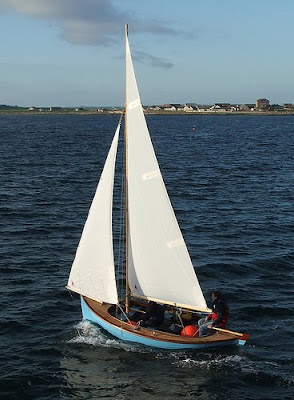 Lizzie II, a North Isles Yole. Built by Richard Wilson and his father Andrew. Launched May 2008. 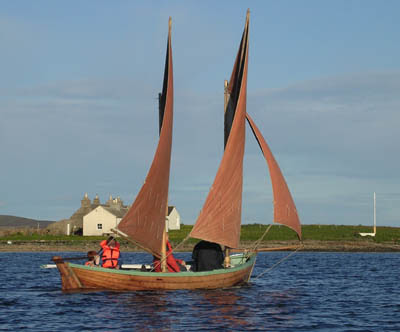 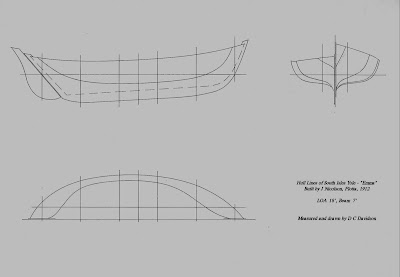 A simplified drawing of the hull lines of the 18' South Isles Yole Emma. Drawn by Dennis C Davidson.
Lily was built to these lines. 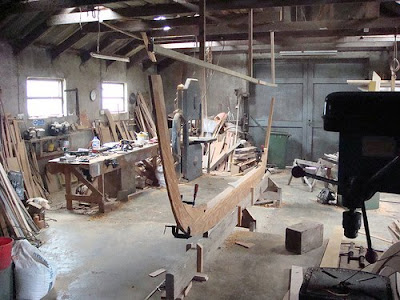 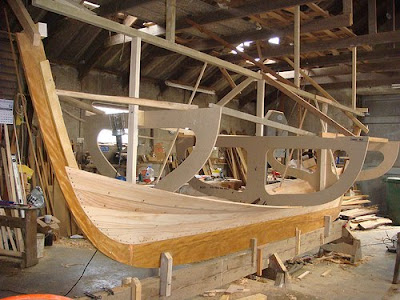 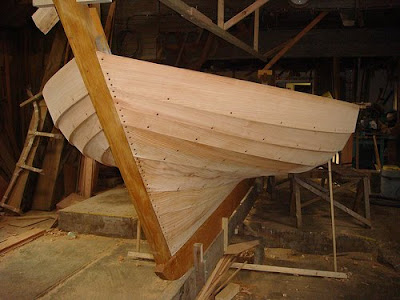 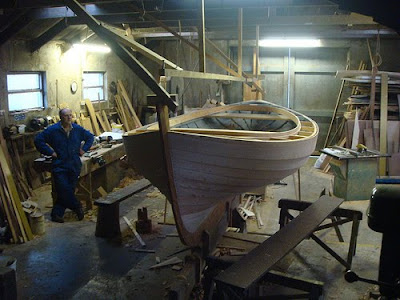 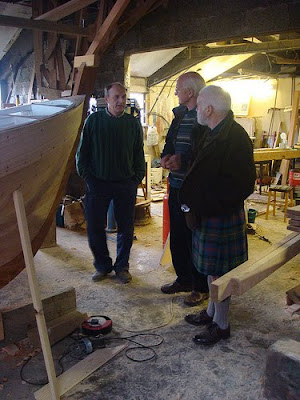 a consultation between Association members 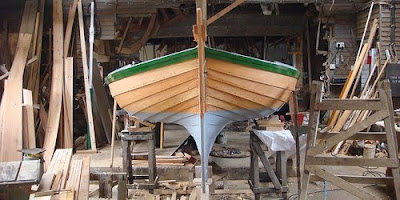 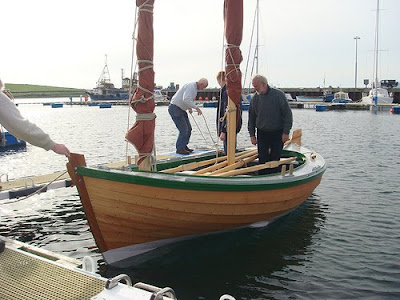 
Off John O' Groats, at the northeast tip of Scotland, lies a group of islands known collectively as Orkney. Inhabited for at least 8500 years, these islands abound in Mesolithic and Neolithic sites. Invaded by the Norse and annexed by Norway in 875, Orkney was pledged to Scotland in 1468 by the King of Denmark in lieu of a dowry, and finally annexed in 1472 after a failed redemption attempt. Rich in Nordic culture, and perhaps the most 'Viking' county of the UK, Orkney continues it's vibrant life and heritage.

The Orkney Yole Association has been responsible for a revival of interest in their local Yoles, setting up regatta's, preserving boats and knowledge and leading the way to new boats being built.
These boats are related to the Sgoth Niseach, or Ness Skiff, or Ness Yawl, by way of likely being the model followed by builders on Lewis and Harris. As Len Wilson of the Association states, "Be aware that we are not the same people as the Gaels in the west. This is Viking country. There is no Celtic heritage here, though there is a relationship in the boats. I am not an expert on the western boats but I know we exported Orkney yoles to them back in the 18th century and I see similarities in some of the photos".
The association's website is full of information and history and current activity.The boats were central to the islanders way of life until recently." Until the mid 1960s the yole was the Islanders' motor car and pick-up truck, transporting coal, peats, animals, animal feed, fish, cheese and eggs to the market, the weekly groceries and, of course, passengers". The Orkney Yole is built lapstrake, upright in the Scandinavian way. Originally sprit rigged , as with most Scandinavian workboats, there have been dipping lug versions and more recently the gunter main has predominated. There is a brief but enlightening discussion of yole types on the association website here.
The building of Lily, pictured above, was financed in part by the UK's Heritage Lottery Fund and built by Orkney's last commercial boatbuilder, Ian Richardson. Please visit his website.
The association has also produced a lovely calendar, which I've written about previously. Thanks to Len Wilson for his help and generosity.
Posted by Thomas Armstrong at 7:27 PM

Email ThisBlogThis!Share to TwitterShare to FacebookShare to Pinterest
Labels: Boatbuilding, Community, Historic, Nordic, Traditional, Workboats
Newer Post Older Post Home
seventy point eight is the percentage of ocean to landmass on our planet. get wet...a rambling personal collection of news, books, images, ideas, and whatever else I find interesting relating to our aqueous environment..with an emphasis on small boats, sailing, boat design and designers and boatbuilding and builders, especially home builders. And a certain curiosity about seasteading. Header photo:'Salarøy' is a 41' fembøring, a Norwegian workboat inTromsø Norway. Courtesy Hildringstimens båtgalleri - http://www.hildringstimen.no/batlista.htm