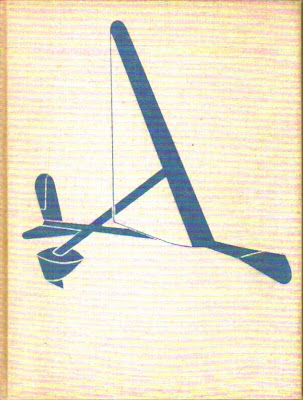 Cover of "The 40 Knot Sailboat" 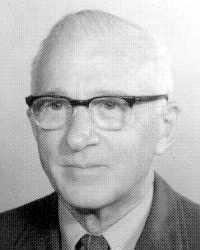 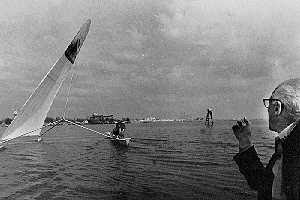 Bernard Smith passed away recently at the sprightly young age of 99. He was a tireless innovator, inventor and experimenter. Dubbed 'sailing's rocket scientist' his designs were instrumental in pushing the sailing envelope. I've written about him before, and his discoveries inspired many, including the builders of the visionary Vestas Sailrocket. His inquiring, restless mind led him to investigate many lines of inquiry, as his wife said, ' he was interested in everything'.

Posted by Thomas Armstrong at 4:29 PM

Email ThisBlogThis!Share to TwitterShare to FacebookShare to Pinterest
Labels: Bernard Smith, Educational, Historic, Philosophy, Proa and Outriggers
Newer Post Older Post Home
seventy point eight is the percentage of ocean to landmass on our planet. get wet...a rambling personal collection of news, books, images, ideas, and whatever else I find interesting relating to our aqueous environment..with an emphasis on small boats, sailing, boat design and designers and boatbuilding and builders, especially home builders. And a certain curiosity about seasteading. Header photo:'Salarøy' is a 41' fembøring, a Norwegian workboat inTromsø Norway. Courtesy Hildringstimens båtgalleri - http://www.hildringstimen.no/batlista.htm