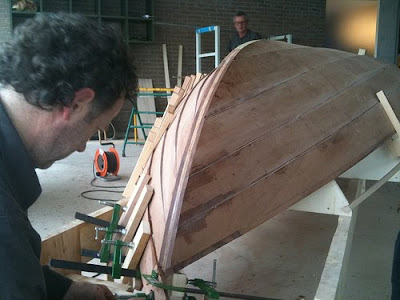 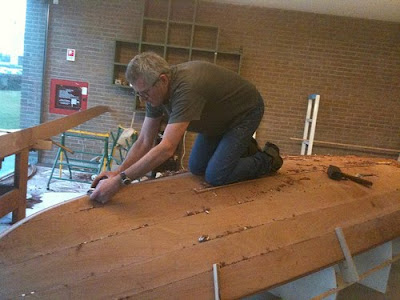 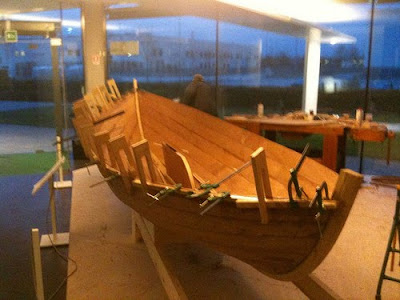 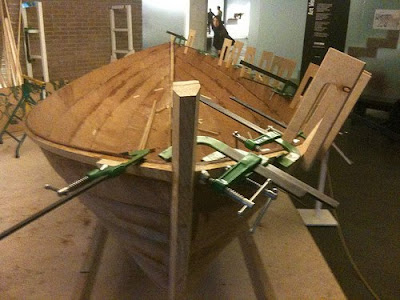 And is looking great 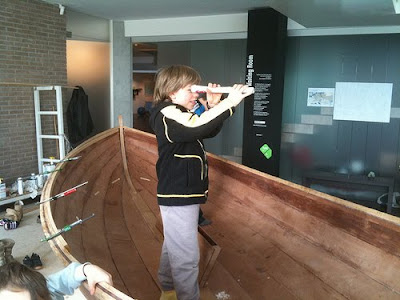 A future sailor from the Steiner School of Montecchio 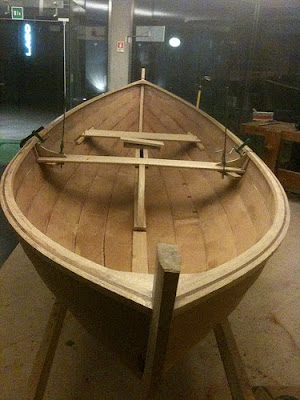 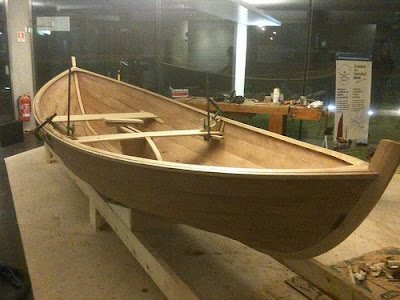 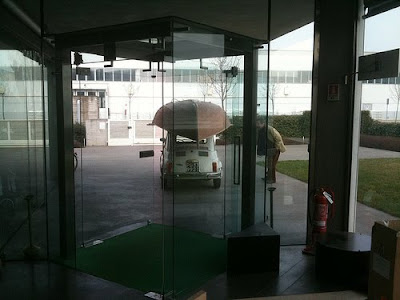 the Ness Yawl leaving the Art Waiting Room at Lago 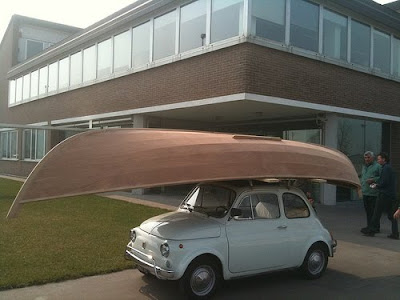 don't try this at home 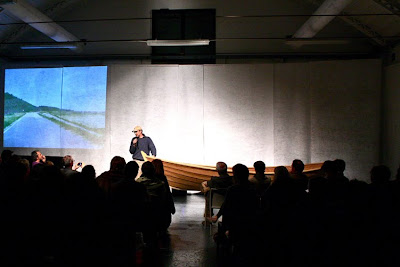 Giacomo addreses the audience at Antiruggine 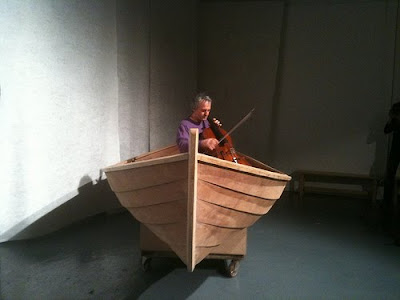 
all photos courtesy Man on the River


Giacomo de Stefano's Man on the River project took a huge leap forward yesterday with the christening of Clodia, the Iain Oughtred Ness Yawl he's building for the project. As befits a project approached as a total art work, having social, political, environmental and sculptural aspects, the boat was christened with a serenade from Mario Brunello playing a 400 yr old cello. Giacomo confessed:

"Something special happened aboard the Ness Yawl yesterday.
A 400 years old Cello played by Mario Brunello created some of the most incredible vibrations of my entire life."

"Last night, the Ness Yawl has been Christened by the art of Mario Brunello, who delighted the audience by playing a Bach’s Suite for cello, aboard the boat.

We proudly announce the new Ness Yawl name: “Clodia”, from the latin name of Chioggia, a city near Venice, with whom Giacomo feels a special kinship.

The event, held at Antiruggine (the art and culture centre created by Mario and Arianna Brunello in Castelfranco Veneto), has seen many people coming to hear Giacomo’s speech about his story and the reasons that drew him to dedicate his life to water related projects.

During the two hour discussion, Giacomo presented and thanked many team members, notably Jacopo Epis, the co-rower that will join him along the journey. In the background, the “Clodia”, just a few days away from completion.

In the end, Mario Brunello honoured Giacomo and the team by playing aboard the boat, used as a giant soundbox."

Our best wishes are with Giacomo and crew.
Posted by Thomas Armstrong at 8:41 PM

Hey,,,the comments are back!
For about 2 weeks I was unable to leave a comment here.
Now I can't remember what I was going to say. Oh well...

What an amazing outcome!

An amazing boat and an even more amazing story.

(Looking at the transport method, I swear Mr Bean was around).

this is a great job!
Well done!

Almost seems a shame to put it into water :)