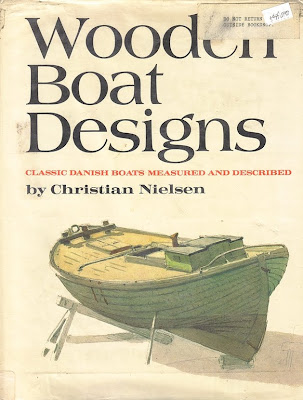 This book ultimately brought Chuck to my attention. 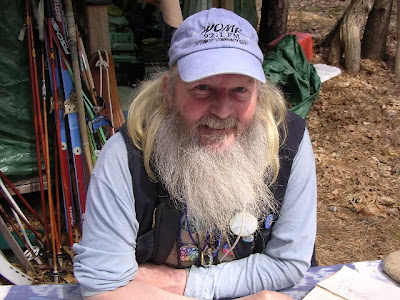 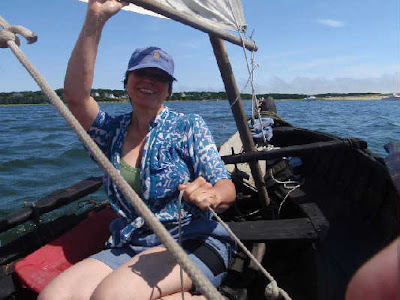 Deb, seen here sailing Moondancer, is a recent addition to Chuck's crew, in the role of first mate. 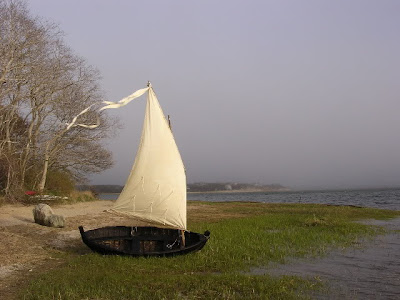 Chuck built his Lynaes dinghy Moondancer from the book above, adapting the drawings to his needs. 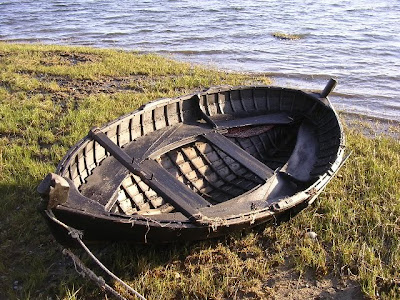 She has traditional pine tar finish, though the lug rig is Chuck's adaptation. 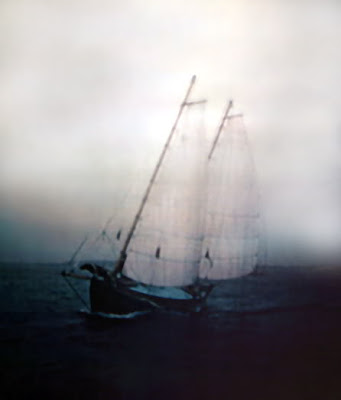 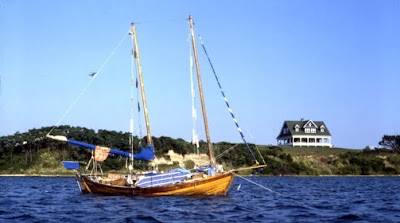 The boat appeared in Block Island: The Land by Robert M Downie 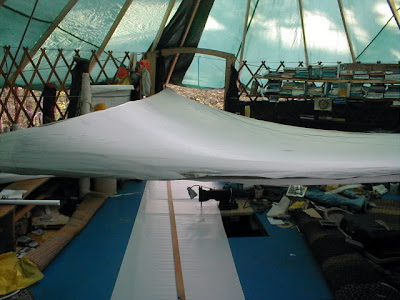 Chuck's sail loft in a yurt 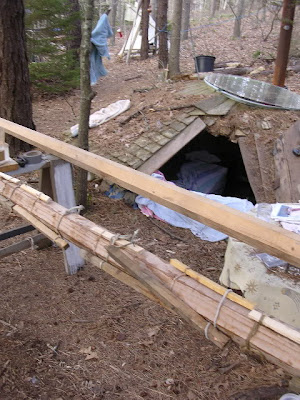 Spar construction for the more recent, larger Cowhorn, with what looks suspiciously like a Hobbit dwelling in the background. 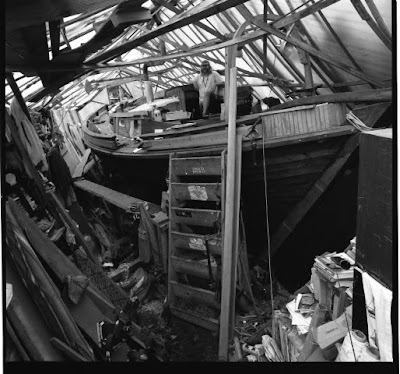 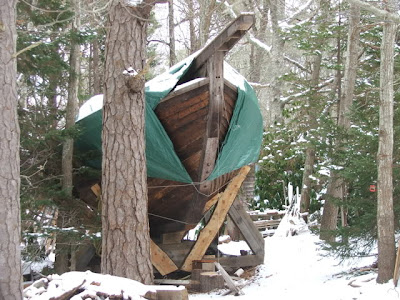 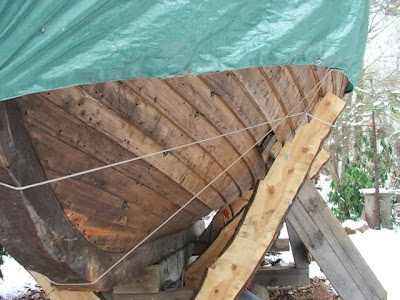 Could Chuck Cole be a reincarnated Viking? 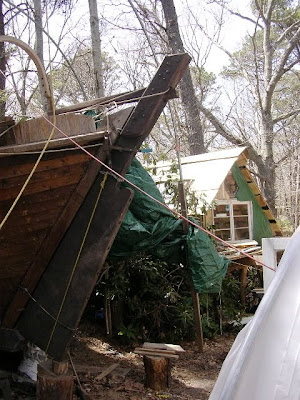 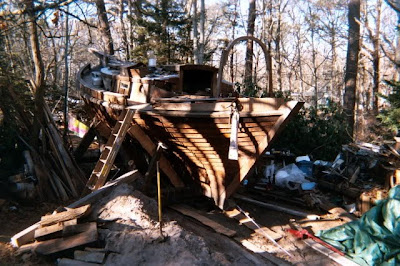 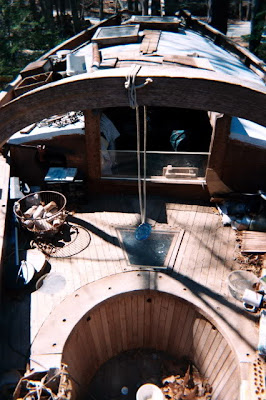 From the cockpit before... 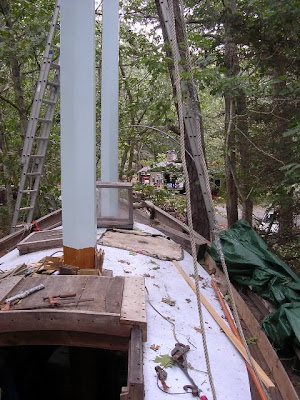 and after stepping the masts

Living off the grid, in yurts, heating with wood, building traditional boats by traditional methods, using wood felled and milled on his property in Wellfleet, Cape Cod, Chuck Cole is living a life that many of us would envy! (Maybe not all of us.)
I found Chuck on a WoodenBoat thread while searching out info on Christian Neilsen, a Danish traditional boatbuilder and historian. I'm not going to say a lot more other than to refer you to the thread and discover Chuck for yourselves, except to add that in recent email conversation Chuck reports that he's found his ship/mate, Deb, and that they hope to launch the 'cowhorn' sometime in 2010 and to begin cruising more southerly climes. I wish them godspeed in doing so, but not before I can arrange a visit to Wellfleet, maybe for the launch!
Posted by Thomas Armstrong at 5:50 PM

man! what an awesome boat, and incredible guy. Thanks Thomas- very inspiring.

I would like to make an Hysterical...well...historical comment.....My boats...larger-37' and smaller 22 footer....were to MY my mind...Block Island Cowhorns...mentioned ...indeed CELEBRATED by Howard Chapelle in his American Small Sailing Craft...indeed , the plans that I used to build from are reproduced there....when we returned from Bermuda...enroute from 4 nearly four years away....to Grenada and back...we stopped into Block Island for a visit ...the week after the FOURTH....eeeks...anyway the picture taken by Robert Downie was taken THEN. Bob informed us....that on Block Island.....the term COWHORN was Unknown and UNUSED before Howard Chapelle came on the scene as an off-island Olde boat fancier (par excellence....but still from AWAY) and that the Block Island parlance was/is a Block Island Double Ender. PERIOD.....and so I have endeavoured in the times since to follow his wishes....and pass on the native borne intelligence he passed on to me....and my Sunspirits CERTAINLY are NOT Pinkys...a sweet boat those ARE....and so I hope that the captions might be altered to reflect this....tho' (cowhorn could appear so that others less adept at Block Island lore might know whereof we speak....;-D...ch and deb in the Hollow on Cape Cod

ooops...one more "additional comment" as you can see from the AFTER stepping the masts shot...they are each 50 feet long...8inches at the foot...ELEVEN inches at the partners....4 inches at their heads....and so ....the gluing photo was of one of my "reaching struts" for the foresail.....maybe even upright supports at low tide and then one of two a-frame sheer legs when unstepping/restepping the masts (under 300# ea.and freestanding! @ the moment)thanks again, Thomas and Godspeed to you, too!!...light!ly...ch and deb in the Hollow...near Blackfish Creek

When is the launch. I'd like to be there too! Which side of 6 are you on, inside or out?

That is nice!
Love the curve of the cockpit.

Did this boat get finished--launched?

bout to buy a 1936 Block Island Cowhorn schooner, the "Island Belle". Might anyone know where Minanda II is? They were both built out in Sausilito, CA.