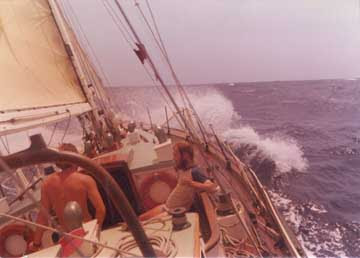 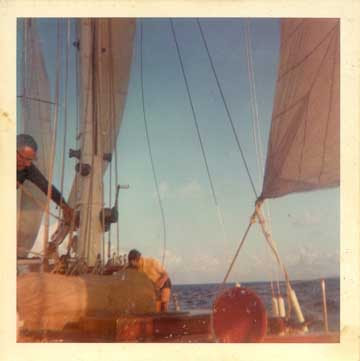 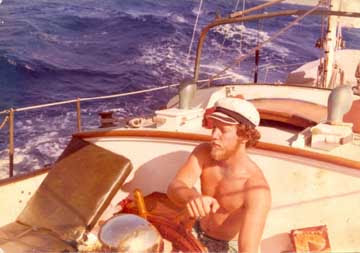 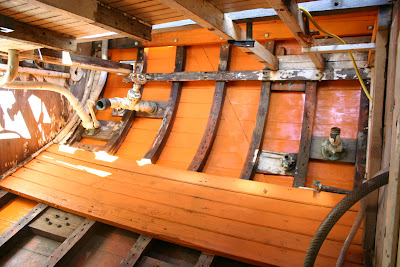 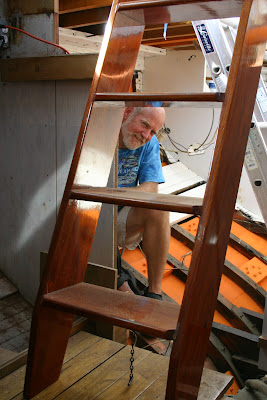 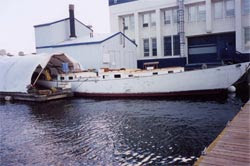 Seaton Gras has a really interesting story to tell. Embarked on two world cruises before the age of 20 in her, he's currently restoring the family boat Merry Maiden at the Center for Wooden Boats in Seattle. Stepping the mast this week, hopefully. She was designed by Phil Rhodes in 1948 and built by Palmer Scott in New Bedford, Mass. His father, Ranulf Gras aquired this beauty in 1969 and set about preparing her for an around the world cruise, which lasted 6 years. They did another world cruise, setting out in 1976. Seaton eventually inherited the boat but in very poor condition. He was advised to heave the boat and start from scratch, but showing great determination he decided to go ahead. He has been living aboard for some time now, working on her, and hopes to be underway in the next year. You can get more of his story at his website, just click the title. That's Seaton at the helm 4th picture up and peeking out through the companionway steps in the second.