Roger Taylor and Mingming prepare for their summer cruise 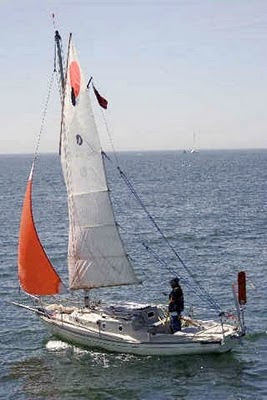 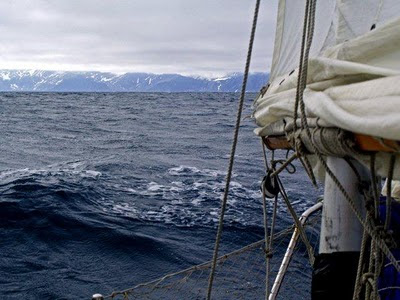 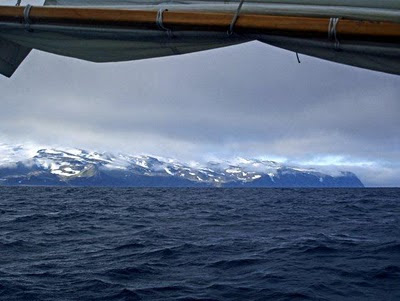 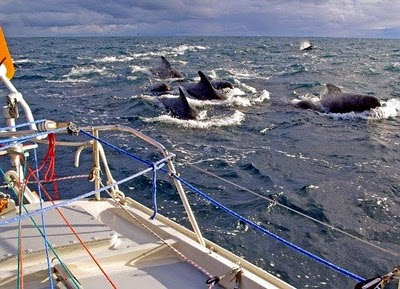 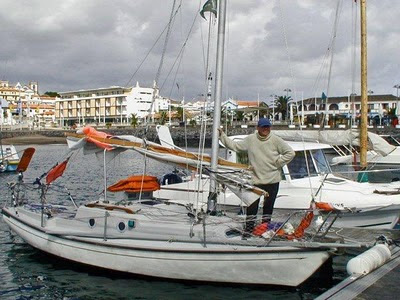 Roger and Mingming arrive at Praia da Vitoria, Azores, in the 2008 Jester Challenge


Those of you familiar with this blog will recognize Roger and Mingming. For those new to70.8%, you'll find some background here and here. I knew Roger would be preparing for his annual cruise and hoped I hadn't waited to long to write. I wrote him a couple of days to ask what he's planning for this summer and here's his reply:

"Hi Thomas
Just caught me in time! I leave with Mingming for Scotland, by road, on Sunday, bound once more for Whitehills on the Moray Firth. Another northern voyage this year, the target being 80°N, to the north-west of Spitsbergen. On the way I intend to visit Jan Mayen once again, with the hope that I might be able to catch the island in clear weather and get a proper view of the 7000’ volcano Mt Beerenberg. If things go well I should have plenty of time in hand, and may also nose around the islands of south-east Svalbard and stick my nose into the Barents Sea.

The other main news is that both my books are coming out soon in Russian. Voyages of a Simple Sailor is now at the printers, and the Russian translation of the second book is almost complete. I’ve had great fun working with the translator, a retired Russian merchant master mariner (fortunately I am reasonably fluent in Russian). Looks too as if both books will be published in French before long.

Have a good summer (I should be back mid-August)."

Roger's boat, Mingming is a tiny vessel for the enormously ambitious cruises he undertakes. His ability to cruise to such destinations and come back safely is a testament both to the seaworthiness of Mingming as he has modified her and his consummate seamanship, won at great cost. Look for a lengthy report on this summer's cruise around the end of August.

Luck be with him.

Roger's website is here.
Posted by Thomas Armstrong at 7:02 PM

Having seen the photos, I can only wish them bon voyage Just as well there are people like them, which means we don't have to do it.

Adrian, thanks, that's some coincidence. Sounds like quite the adventure. I forwarded your comment to Roger in hopes he'll see it before leaving.

Can't wait for Roger's safe (and uninjured!) return this year. If we're lucky, he'll write another book (his pictures are pretty good too)!

cco'h, Roger already has a deal in place for the next book, let's hope for his safe return. He is as, you know, a consummate seaman, but anything can happen with such a small boat in the Arctic. Wishing him well. Nice to hear from you.