The Scottish Coastal Rowing Project: a great and portable idea! 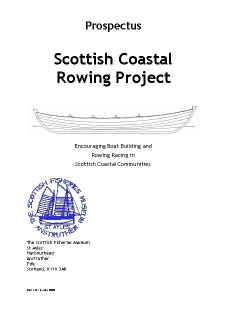 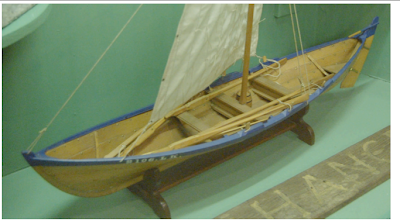 The model of a Fair Isle skiff in the Scottish Fisheries Museum which inspired
the design of the St Ayles Skiff. 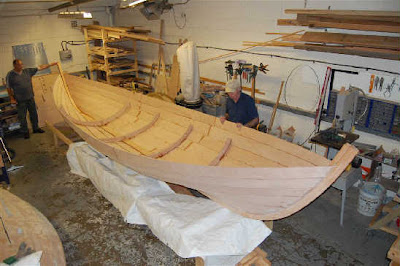 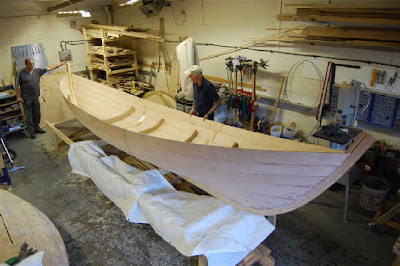 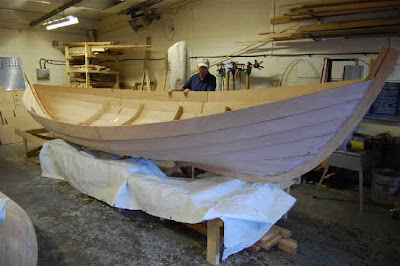 
Here is a wonderful project spearheaded by the Scottish Fisheries Museum in collaboration with Alec Jordan of Jordan Boats and Iain Oughtred. Nominally the Scottish Coastal Rowing Project, the idea is to involve communities in building this boat, a traditional design updated for modern construction techniques by Iain, with an eye to competitive rowing events. Jordan Boats is supplying the boats in kit form with the goal of making the build an achievable project for amateur building. The boat chosen is the St. Ayles Skiff and as you can see, is quite elegant. Alec Jordan, a longtime provider of kits for Iain Oughtred designs, states that he feels that with this design, Iain has outdone himself, again. I think it's a great concept, and can see it being utilized by coastal communities worldwide, either adopting this design or substituting local historic craft, say a dory for New England groups or an outrigger canoe in Micronesia. My correspondence with Alec Jordan indicates that he is willing to craft kits for amateur construction for any designs submitted to him, copyright permitting. He would of course review all proposals. Seems to me a hungry idea, one which could lead to interaction and competition not just locally but on a global scale. Mr. Jordan estimates that the cost for the St Ayles is expected to fall somewhere around $4500., significantly less than many of the boats currently embraced by rowing enthusiats, bringing the funding possibilities to a wider range of groups. Interested parties can contact me directly or Alec Jordan via his website. Click the top two images for the brochure and full prospectus PDF's.

I would like to add as a postscript that in a telephone conversation with Alec Jordan today he expressed he is not a boat designer and only designs and plans submitted or approved by a registered Naval Architect would receive consideration for the constructing of kits. Understandable. He also stressed that for the Scot's program only boats built in wood ie: ply or larch would qualify. No GRP, or as we say over here, fiberglass. OK? I think this should become the two firm parameters for any groups worldwide who would like to join this iniative.
Posted by Thomas Armstrong at 11:10 AM