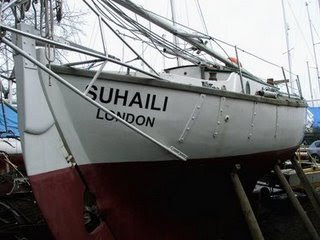 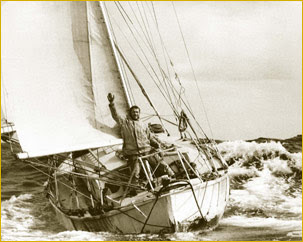 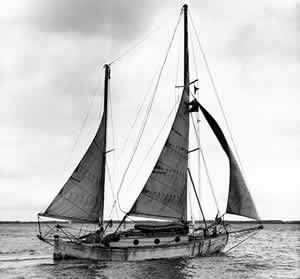 Posted by Thomas Armstrong at 2:08 PM

Great excerpt. Many thanks for sharing!

In 1985 sailing to the start of the Round europe race in Kiel on board my good friend, Philip Walwyn's cat, Philip suddenly shouted:" Hand the sails, it's Robin." There in a small estuary of the Kaiser Wilhelm Canal was British Airways. We were invited aboard for tea. For a guy from Ohio who had heard of this extraordinary man it was like a dream. A gentle, kind person, Robin did welcome us in the most matter of fact way. I shall never forget his stories of Peter Blake, done with a perfect accent. A fine gentleman who embodies all that is good about the human race.

Nice post Tom and thanks for the credit on the Suhaili pic - did you see my post and pics of Suhaili racing Gypsy Moth and Lively Lady in the SOlent?