News from Roger Taylor and Mingming 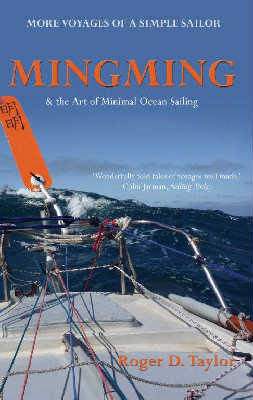 Front cover of Roger's latest book, due out in August 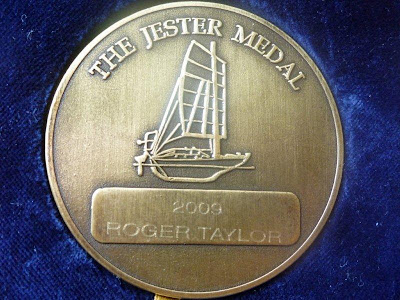 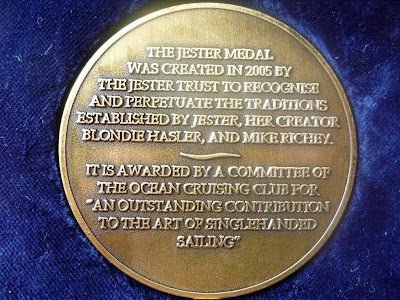 Roger was awarded the 2009 Jester Medal in recognition of his continuing efforts promoting and experimenting with singlehanded sailing. 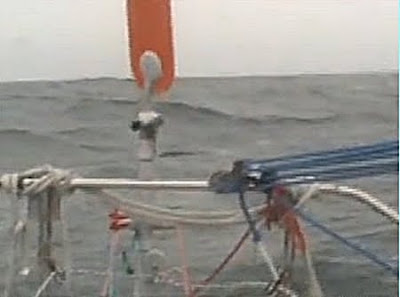 Off the North of Iceland 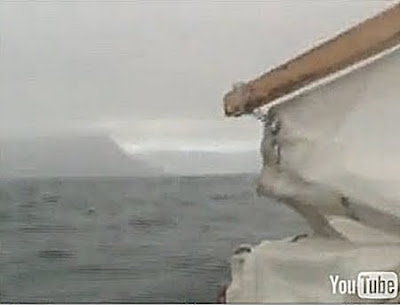 Rounding the NW coast of Iceland, the headland at Straumnes 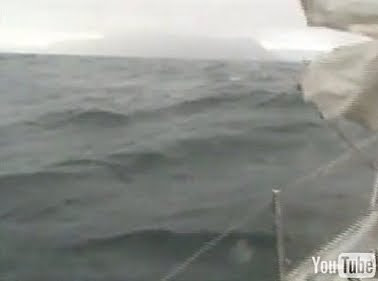 Off the headland of Straumnes, NW Iceland

Roger Taylor is among those making last minute preparations for the start on Sunday of the Jester Challenge 2010. However, Roger and Mingming will likely not be making landfall in Newport with the rest of the participants. If conditions permit, Roger is planning, instead, in a move reminiscent of Moitessier, to head for a landfall at Cape Dwyer, Baffin Island, a cruise designed to mirror his cruise to Jan Mayen Island last summer, and again putting him within the Arctic Circle. I'm a little disappointed, as I had planned to meet Roger upon his arrival in Newport, but no matter. It's another great adventure for Roger and Mingming, and I'm sure he'll share his adventure with us. Godspeed and safe voyage to you, Roger.
Other news is that Roger was awarded the 2009 Jester Medal for perpetuating the spirit and traditions of ocean cruising established by Blondie Hasler and Michael Ritchie. Congratulations Roger!
The 'soft' photos are screen captures from Roger's understated but totally compelling and mesmerizing videos of last summer's cruise, these taken from the northwest tip of Iceland.

Roger has another book coming out, a book about his voyages in Mingming. I'm sure it will be as deeply engaging as his previous book, ' Voyages of a Simple Sailor', if not more so, will document his recent voyages in Mingming and will have some information on how Roger has adapted his boat for singlehanded sailing.

From the back cover:

'In his new book Roger Taylor follows straight on from 'Voyages of a Simple Sailor', taking us on three more extraordinary voyages aboard his junk-rigged Corribee Mingming. This simple, rugged 21' yacht, constantly developed and honed for effortless single-handed ocean sailing, goes where much bigger and more sophisticated craft fear to tread. Iceland, Rockall, the Faroes, Jan Mayen, the Greenland ice, together with a southern interlude to the Azores, are all encompassed in these enthralling adventures. Written in Taylor's trademark style - fast-moving, witty, uncompromising and intensely observational - these stories will take you to sea as you've never been taken before.'

Due to be published this August, you can reserve a copy here.

Posted by Thomas Armstrong at 11:57 PM