Nord Vinden for sale on ebay 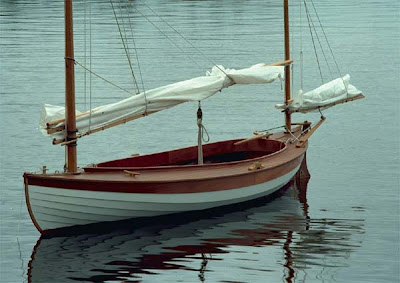 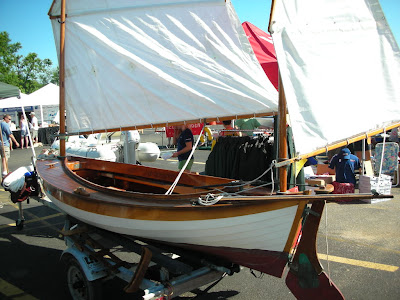 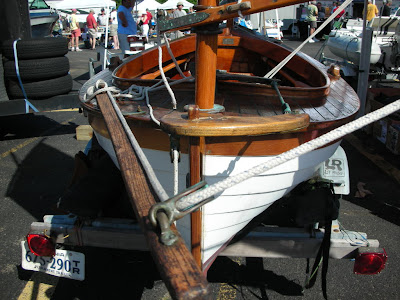 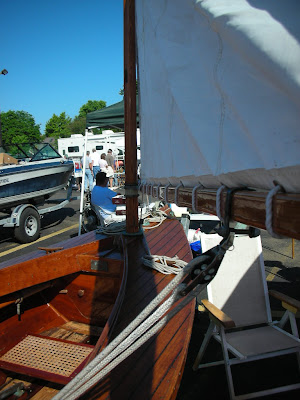 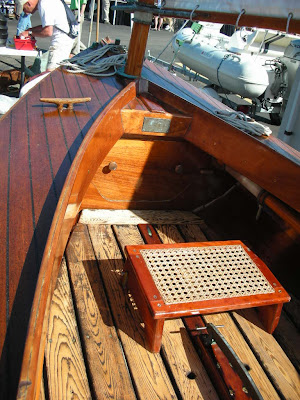 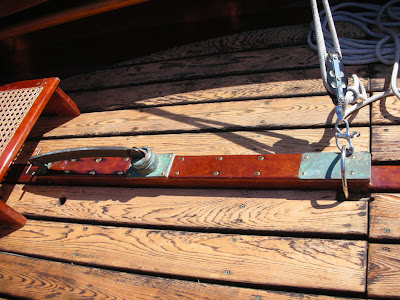 This is the centerboard arrangement with the lever for the folding bronze fan keel. Parrel beads attach the standing lug mainsail to the mast 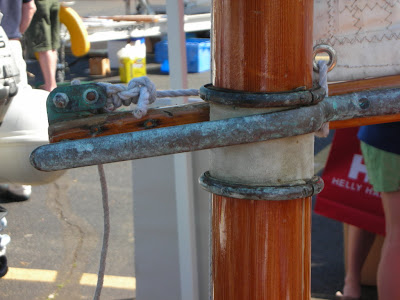 Boom yoke for the mainmast 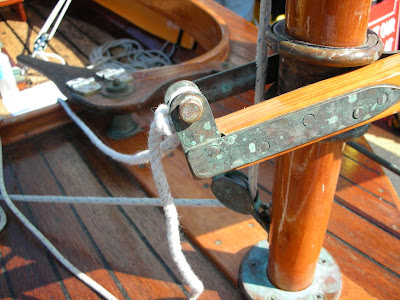 And for the mizzen 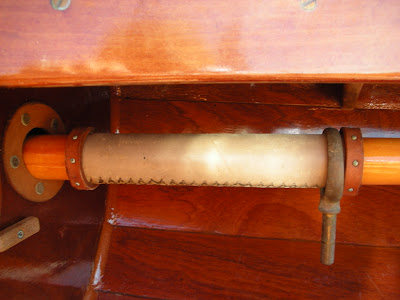 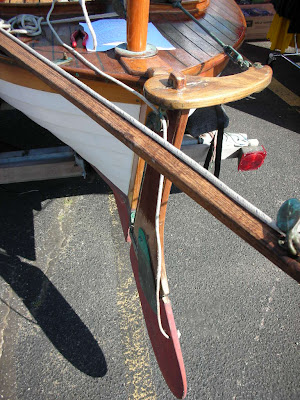 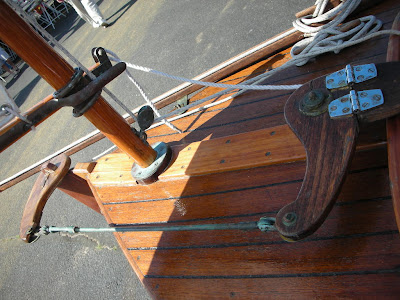 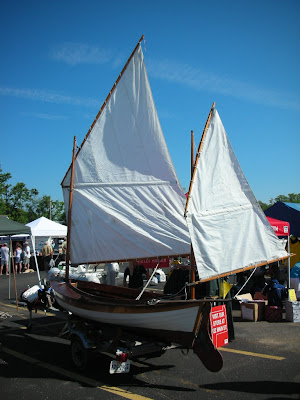 
Built to a George Holmes design by William Clements in 1988, this compelling canoe yawl is for sale on ebay. William Clements is a long established builder of small craft and is known for his attention to detail. Take a kook at the photos here. John, the owner, was kind enough to send me photos of the boat as ebay has implemented new software which no longer allows direct downloading of photos from their site. John was also kind enough to send along some particulars on his exquisite little craft. John spoke to William Clements about what it would cost to build one of these today and the estimate was in the$20k range! The original Holme's boat was Ethel, and is a point in the evolutionary chain which eventually led to the larger Humber yawls as developed by Holmes and his contemporary Albert Strange. A recent publication by the fledgling Loderstar Books treats Holmes and his designs at length. I have yet to read it but it's on my list.

The owner lists her attributes:

The auction ends April 14, the 5k reserve has not been met, so here's your chance to own a modern/classic at 1/4 the price.
Posted by Thomas Armstrong at 12:10 AM

Max, I'm sure shipping to the UK is easily arranged! :)