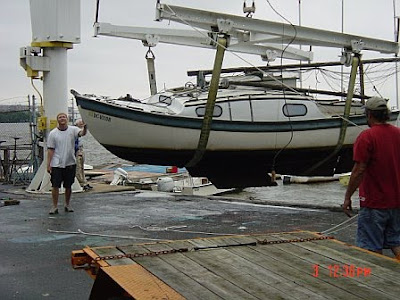 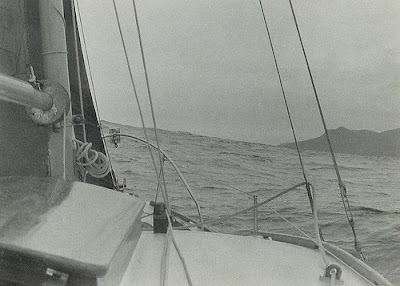 "We ran south across the Bay of Biscay in Young Tiger - a Westerly 22 - and made landfall on Cabo Ortegal and Los Aiguillones near Ortiguera, at dawn but the wind dropped leaving us riding these swells with little way, typical of the Bay where the long almost invisible swells of the deep Atlantic steepen over the shallower waters close to France and Spain creating, even in calm weather, the steeper seas that gives Biscay its bad reputation with ferry passengers. A small boat like this rides them easily but in a large vessel you can imagine the uncomfortable rolling and pitching they cause." 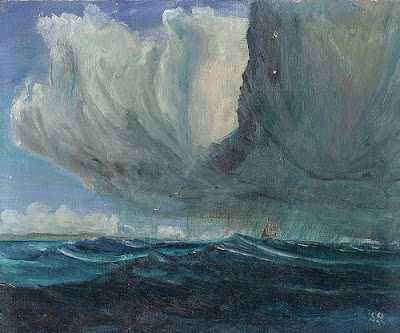 Landfall on Barbados - 5 January 1966. In the log from which I oil sketched this scene, I wrote: "Clouds collected during the night, obscuring the bright moon, and at dawn it was blowing hard with rain everywhere and haze ahead. We stared ahead until our eyes ached. Suddenly a break in the cloud let through a sunbeam which shone on the land about 10 miles off - green and incredibly exciting. Through the morning the weather cleared as we ran fast down the south coast of the island, staring at the little houses and the distant palm trees bent one way by the constant wind." (5 January 1966) 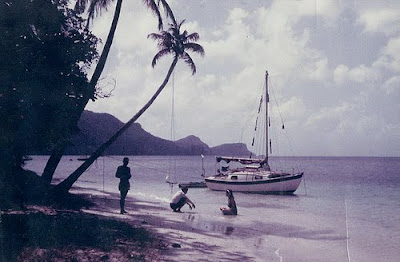 This was taken by me in January 1966 in Admiralty Bay, Bequia, British West Indies, part of the independent country of St. Vincent & the Grenadines. The boat is a 22 foot gunter rigged GRP sloop with fin keels (that's why she can be so close to shore) called 'Young Tiger'. She was sailed by me and Sue Pulford across the Atlantic from England. www.flickr.com/photos/sibadd/424329354/
Since being sold to George and Nancy Cochrane in 1966 'Young Tiger' has sailed on the eastern seaboard of the USA, been aground off Cape Hatteras, been sunk and raised. Now over 40 years old she rests on a trailer in Frederick, Maryland. Her owner, John Coyle, told Simon in March 2007 that he intends to take her north to Maine. Some recent images of Young Tiger are at:
www.flickr.com/search/?q=Washington&w=53381278%40N00 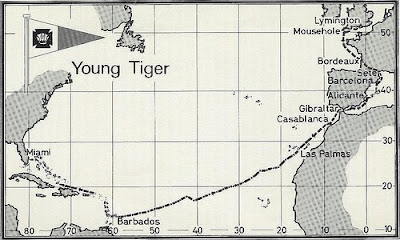 Young Tiger's route to the America's 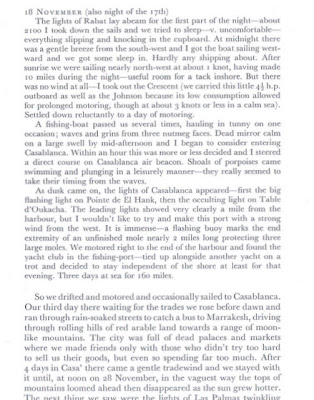 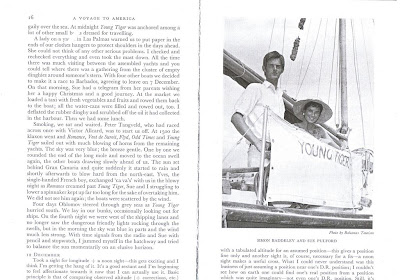 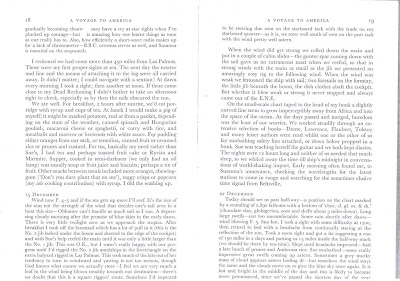 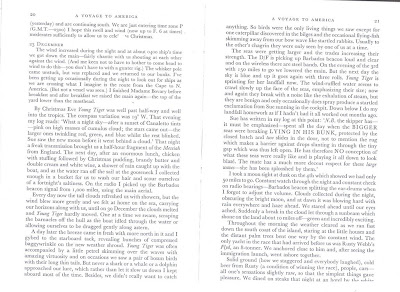 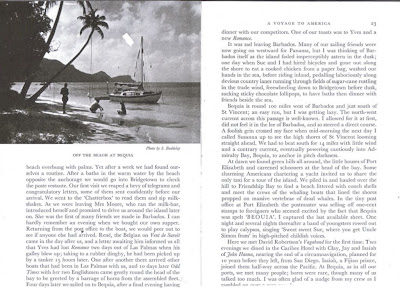 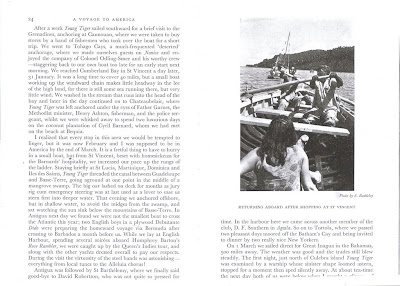 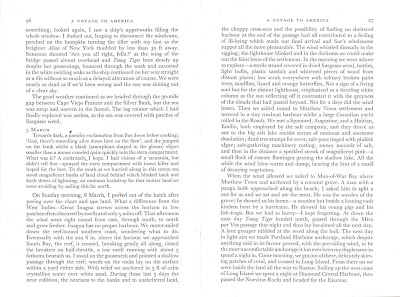 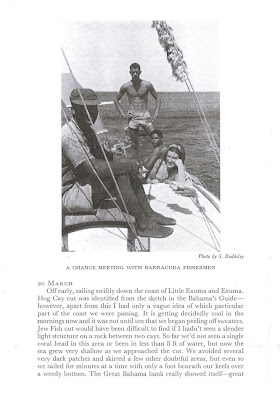 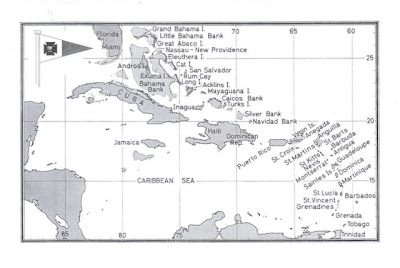 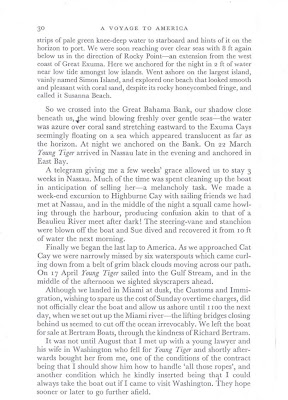 That's all Folks
Be sure to visit Simon's Flikr photostream, one of the most amazing I've seen. And don't miss Simon's Wikipedia entry on Denys Rayner.
Posted by Thomas Armstrong at 10:51 PM

This is really interesting. Also, I love that photo of the anchorage in Admiralty Bay. When I first looked at it, I thought it was the South Pacific.

You've created a lovely set of memories for me. Thanks so much. Good sailing at sea and in your armchair! Kindest regards Simon B

Simon, it's been my pleasure, believe me. Thanks so much for your generosity! May we meet someday.

I will continue to watch your blog. I wonder if you might have occasion to ponder the character of different parts of that 70.8%. I recall Denys Rayner saying that if you could sail in the Bristol Channel you could sail anywhere - and this from a man who'd been in ships from the Indian Ocean to the Western Approaches and experienced some of the worst of the North Atlantic in winter. He designed his Westcoaster (his first plywood twin keeler)for a client who wanted to sail in the Bristol Channel. What boats - especially yachts - were designed for what waters and shores?

As a final comment from me I thought this image of me sailing off Corfu last month would amuse. It's a lot harder at 67 to scramble round the deck of a small boat in a stiff breeze than when I was younger - but as much fun as ever
http://www.flickr.com/photos/sibadd/4020112655/