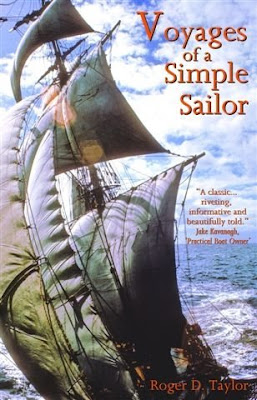 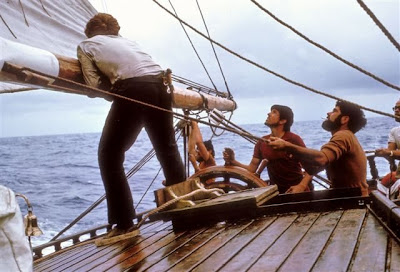 Roger at the helm of Endeavour II 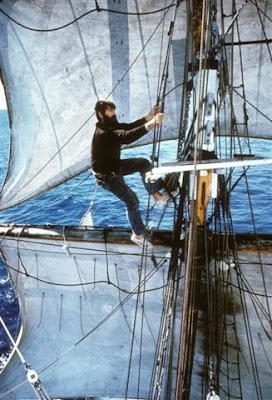 and in her rigging 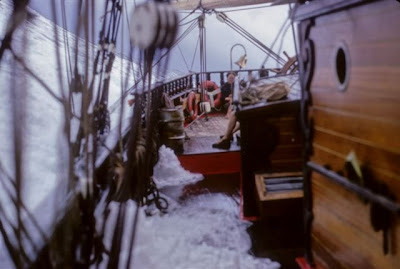 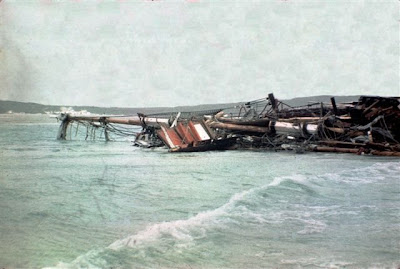 Wreck of the Endeavour II 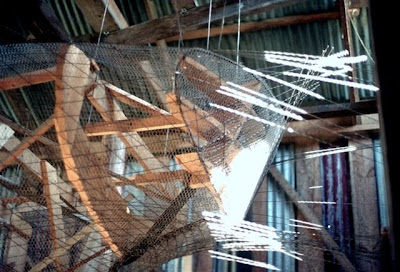 wire  and wood for Roc 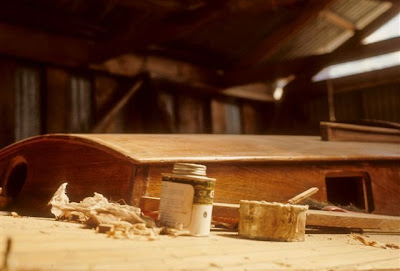 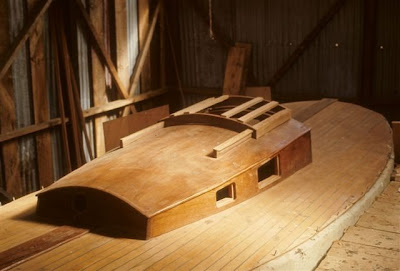 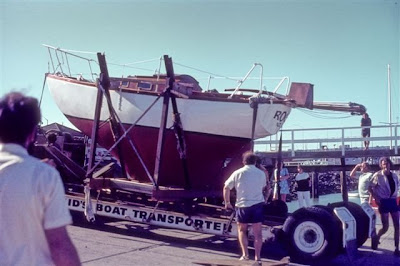 Roc about to be launched 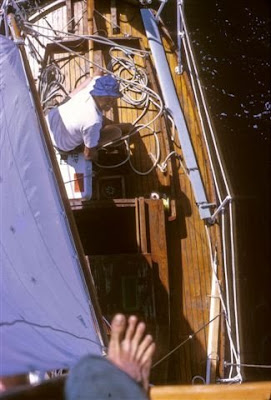 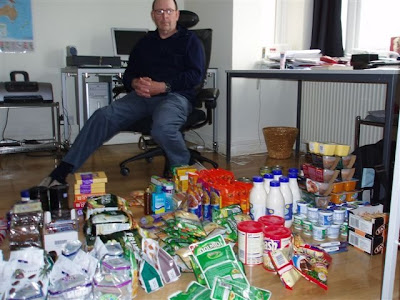 Roger Taylor with stores for the first Jester Challenge 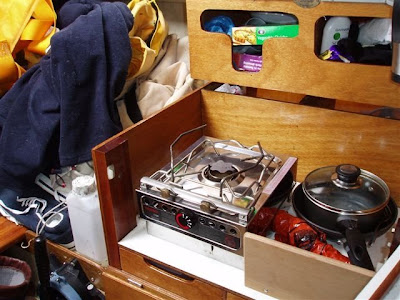 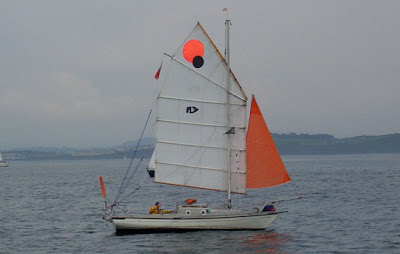 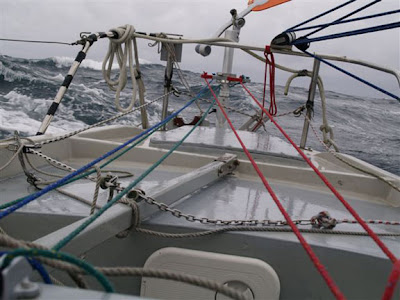 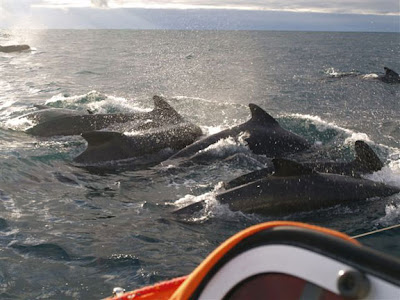 Whales accompany Roger and Mingming northing
all photos courtesy Roger Taylor
I've just finished Roger's book the "Voyages of a Simple Sailor" and as a reader of many, many  sailing adventure books, this is one of my all time favorites. This book spans a lifetime and the evolution of a bluewater voyager, from tall ships to a tiny 21' Corribee which is junk rigged and adapted to the kind of sailing Roger currently pursues. It's an informative journey. Roger first left his home near the Dee estuary in western England to pursue adventure at the tender age of 8 years. Though hunger brought this first escape to an early close, it wasn't log before Roger was off  to seek adventure in earnest. he travelled Europe, as many others did in those days, riding on his thumb. Eventually Roger made his way to Oz where he signed on to  the tall ship Endeavour II and found adventure aplenty, encountering an adversarial first mate, extreme weather, questionable seamanship on the part of his captain and eventually the loss of the ship, with all hands making their way to safety but not without a great deal of uncertainty and travail. He then forswore putting the responsibility for his life in other hands, but not a life at sea. Roger built a ferrocement cruising vessel appropriately named Roc, and continued his adventures. Take  look at the build, no cockpit! Roger recounts his early experience with Roc in crossing the Tasman sea.
Many years and several boats later Roger Taylor's imagination was captured by the first Jester Challenge in 2006, a 'race' for singlehanded sailors across the Atlantic inspired by and intended to restore the self sufficiency and integretity of Blondie Haslers original intention when initiating the Ostar.  He's still at it, with plans to enter the 2010 event from Plymouth, UK, to Newport RI, USA. Roger's latest boat, Mingming, a seriously modified Corribee 21 with a Junk rig, has been fitted out to enable long voyages singlehanded. In the interim he's made some voyages in Mingming to arctic waters, and  to the Azores. It is possible to investigate all of this, including videos of these voyages and photos of Roger's modifications to Mingming at his website, The Simple Sailor. I want to give both Roger's book and his website my highest recommendation. visit the website, buy the book, you won't be disappointed. anyone interested in blue water cruising in a small boat, or just dreaming about same,  it's (they are) must read!
I recently wrote Roger inquiring as to what preparations he was doing on Mingming to get her ready for the next Jester Challenge, but his focus is more on this summers cruise to Jan Mayen Island (71N 8.5W) in the Arctic, near Svalbard and then to Scoresby Sound in East Greenland, time permitting. He's been insulating the boat w/25mm. foam and has added a set of 10' Ash sweeps for propulsion.
Roger is adament about the advantages of a light displacement small boat for the kind of intimate cruising he pusues. I asked him about heaving to and he replied that while not as easily or simply done as in a long keeled boat, he has been able to achieve similiar results for  Mingming. In his own words:
Posted by Thomas Armstrong at 12:10 AM