A (stuck ) Tiki in Thailand 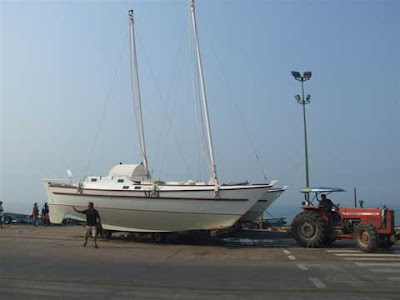 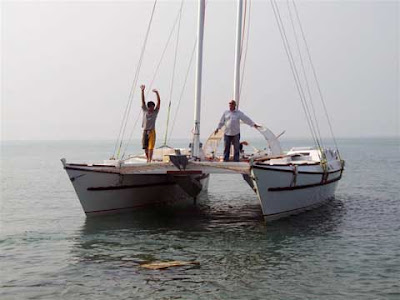 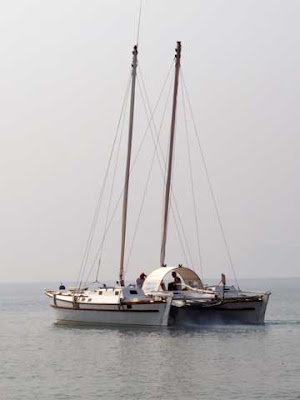 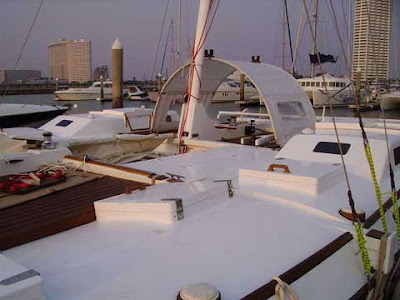 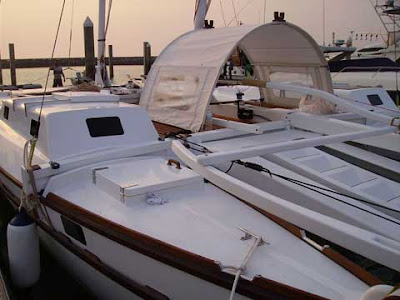 All photos RB Boatworks
Creed O'hanlon recently emerged from his self imposed silence. Very unlike him, silence. I hadn't heard from him for some time, and his blog, 'A Tiki in Thailand' had shut down. I was concerned. Indeed as it turns out, Mr. O'Hanlon had some medical issues but report's he's on the mend. In the meantime I saw other sources on the web saying Creed was dismayed with the final issue of his Tiki and had refused delivery of the boat. Creed confirmed this, said he'd lawyered up, and that's about all. Except that he would like to issue a cautionary note to anyone contemplating a build in Southeast Asia, unless you can be onsite to watch the progress and quality of work. He is remaining mum due to pending litigation. The builder, Raoul Bianchetti of RB Boatworks, has recently published a suite of photos (see above) of the Tiki in question. She looks great, but apparently what cannot be seen are flaws deep enough to dissuade Creed from accepting the build.
You can read more about this 'situation' here. And take a look at Creed's new weblog "A Sea in Solitude". Creed, I wish you a speedy recovery and a happy outcome.
postscript: anyone who's had or is having a similiar experience with long distance builds, please let us know about it.
Posted by Thomas Armstrong at 8:03 PM