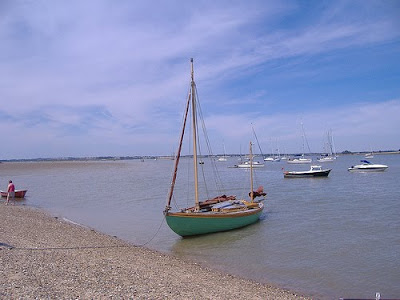 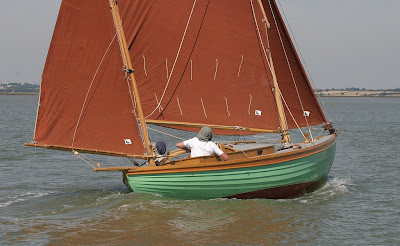 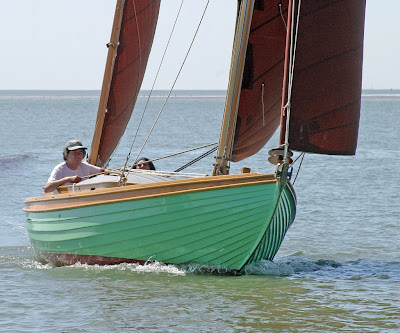 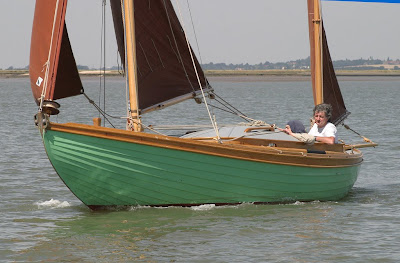 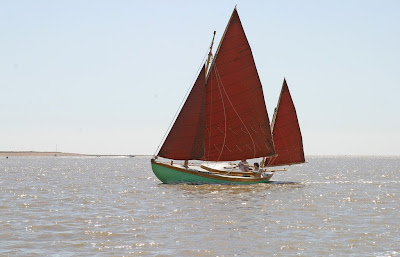 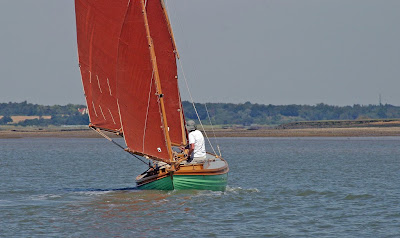 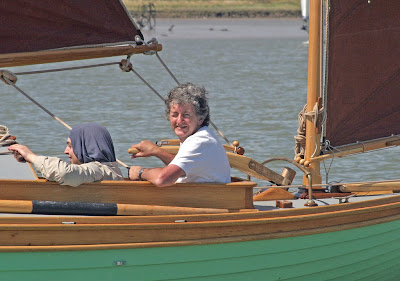 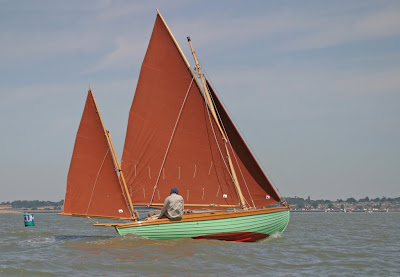 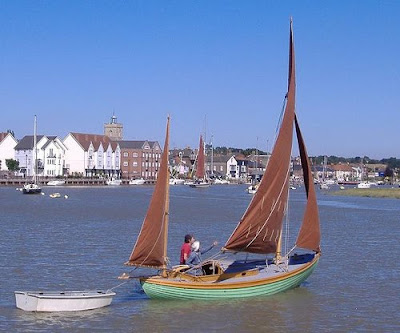 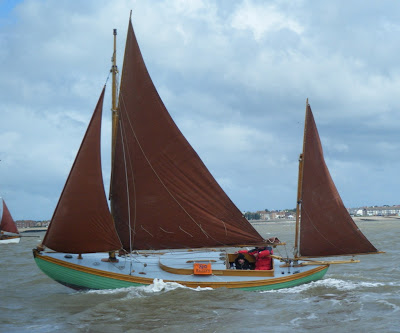 Fabian Bush (who built her) just sent me (Richard) this snap he received of Constance, with first reef, on the return leg of this year’s white-knuckle-ride of a race. Me helming, son Mike sheltering. More about the race at the East Coast Classics website.
(And here, on the ASA site) 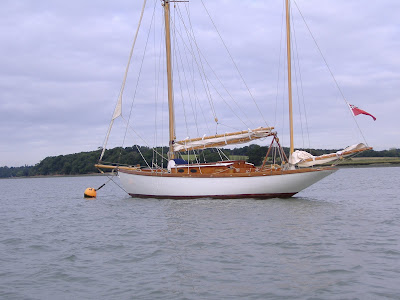 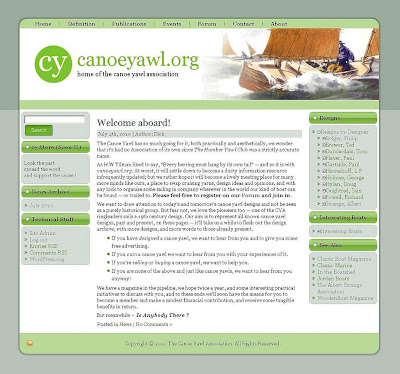 Constance was launched July 8 2006, and a week later Dick picks up the narrative of her first sail:
A week later my son Mike and I took her for her first proper sail, downriver to Mersea Island and out on the Thames Estuary, in a moderate breeze on a gloriously hot day. On a reach under that ample sail area, she was just exhilarating; I’ll need a lot more experience of her to report in full on her sailing characteristics. On beaching her for lunch at East Mersea we were pleasantly besieged by admirers.

We were lucky enough to encounter ASA Hon Treasurer Peter Maynard on his Folkboat ELIZA, with professional photographer Martin Treadway on board, so were able to secure that Holy Grail, photos of our own boat under sail, on her very first day out. Readers will be familiar by now with the details of her design, so I leave you with these photos of her finally in commission, and a promise of more detail photos to come.

That was four years ago. While I was in correspondence with Dick about this series, he informed me that he is in the process of selling Constance, with mixed feelings, of course, and acquiring a new(old) Albert Strange masterpiece, Charm, a sister ship of Thad Danielson's Sea Harmony.

I have also included a link to the new (as of July) website put up by Dick Wynne and two other members of the Albert Strange Association, canoeyawl.org , home of the Canoe Yawl Association, whose raison d'etre is as follows:

'The CYA was started by three active members of The Albert Strange Association as a means to focus exclusively on a small boat type which offers so much to today's cruising sailor. We encourage you to visit the ASA where we think you will find much of interest.'

Take a look in. If you like canoe yawls (who doesn't), you'll find much beauty there. The site is still in it's incubation phase, so you can have a hand in growing it
Posted by Thomas Armstrong at 11:32 PM

Constance looks very familiar to me. perhaps I'm just confusing her with another boat.

Those seniors sailing without wearing a life vest are the ones I'm worried about.